Good used cars at affordable prices are hard to come by and they don’t last long, creating a fast-moving, high-priced market rarely seen in the state, according to some South Dakota auto dealers.

Johnson, an auto salesman for 18 years, said he is selling cars at a fast pace in Sioux Falls but is also seeing demand for cars from buyers living far beyond the borders of the state. The inventory shortage and high sticker prices in South Dakota are being seen in used car markets across the country.

The unusual market has its roots in the COVID-19 pandemic.

Production of new cars was slowed due to idled auto manufacturing plants during the pandemic. A sudden shortage of microchips that control how modern vehicles operate also led to vastly reduced output of new cars by manufacturers.

In turn, the reduced inventory of new cars has put more sales pressure on the used car market. With fewer used cars being traded in during new car transactions, fewer cars are available at auction to used car dealers, and the few cars that make it to a lot are selling fast and at much higher-than-normal prices.

Meanwhile, some buyers may have delayed purchasing a car in 2020 due to concerns over catching the coronavirus. Demand is now extremely high among potential buyers, many who are flush with pandemic stimulus money or tax-return funds. Lending rates also remain low, further boosting the prices dealers can charge and raising the price range consumers can reach into.

Across the country, the prices of used vehicles have increased more than 17% in the past 90 days and have jumped by more than 30% over the past year, according to CarGurus.com, a national sales website.

Prices for new cars are also on the rise across the U.S., but even more so in South Dakota, where trucks and sport utility vehicles dominate the market. The state had an average fair purchase price of $44,500 for a new vehicle compared to the national average of $37,943, which is in part attributable to the “vehicle mix” in South Dakota, according to Buehler.

The price increases have not deterred eager car buyers across the state.

To quickly boost inventory, some dealerships in Rapid City are running radio advertisements urging car owners to trade in their cars and promising high trade-in values. Some people who recently bought cars have been contacted by dealers seeking to buy them back, sometimes at higher prices than they paid in the first place.

Mark Carstensen, owner of the Automax car dealership in Rapid City, said he typically has about 100 cars for sale on his lot on East North Street in Rapid City but now has only about 20. 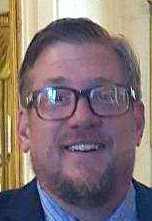 Getting good used cars is difficult for sellers right now, he said.

“Because the inventory is so short, the trade-ins are being kept by new car dealers and there’s hardly any cars available at auction,” Carstensen said. “The whole equation is a lot of customers and not a lot of cars to sell.”

The price increases for used cars have been most detrimental among buyers seeking lower-priced models, Carstensen said. Buyers seeking a drivable car in the $2,500 to $3,000 range are out of luck, with the minimum price for any car now at least $5,000, he said.

“It’s the lower end where prices have truly doubled or more,” he said. “Those affordable cars that you could take care of and drive around for a couple years don’t exist anymore.”

The hot market has led to a rare situation in which some vehicles — especially late model, low-mileage used cars and trucks — have increased in value after being driven off the lot. Historically, cars almost always depreciate in value quickly after being sold, Carstensen said.

Carstensen said he doesn’t have hard data but believes used car prices are somewhat higher in West River South Dakota compared to East River, not unlike how gas prices are higher West River during the tourism season in the Black Hills.

The unusually high prices for new cars has forced consumers to spend up and devote more of their incomes to car purchases, lease agreements or auto loans than in the past, experts said.

“Record prices and retail sales mean that, in aggregate, consumers will spend more money on new vehicles than any April on record,” according to an April press release from J.D. Power and Associates, a national trade group.

Used car buyers are having to act fast or be willing to travel out of their local markets to land a vehicle in South Dakota right now. 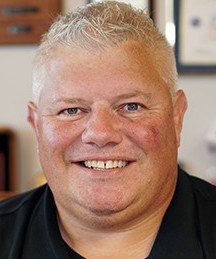 Both the trade-in value and selling price of used vehicles are higher than normal, according to Einspahr, mostly due to the low inventory on both sides of the market.

“I think that people who have a good, clean, low mileage trade-in are in a great position right now because of the increased value of their trade-ins,” Einspahr said.

The reduced inventory in particular has made it a good time to sell a car, both for Individuals and for dealers, said Johnson. Busy dealers and anyone with a car to sell are making good money right now, he said.

“It’s a seller’s market,” Johnson said. “For those who are selling a car, they have done well.”

Dave and Rebecca Noordsy of Brookings purchased a vehicle in early May for their son, who is leaving for college in the Black Hills.

While they felt they found a good deal, they noticed a lack of choices on the lot.

“In Brookings, there was not really anything; it looked like they were closing,” Rebecca Noordsy said.

The couple found a 2005 Infiniti with roughly 80,000 miles. Because there were no traditional financing options for the vehicle due to its year, they found it at a lower price than expected.

“What was different for me, the inventory is down and the prices were up overall,” Dave Noordsy said. “We had never really looked at cars that were that old before.”

The Noordsy family had to travel to Sioux Falls to find a vehicle, but they were able to find what they were looking for.

The market is not expected to stabilize until inventory levels return to normal.

“Ever since COVID became part of our world a little over a year ago, nobody in our industry really was able to predict how this thing would go, ” Einspahr said.  “You just are at a point where I expect the unexpected at this point.” 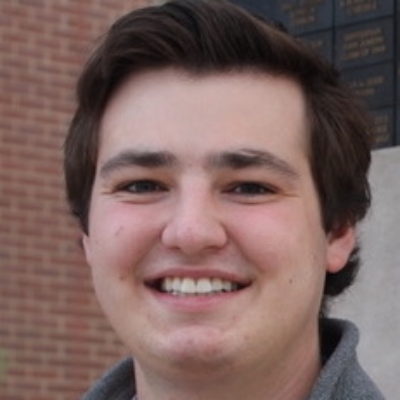 Andrew Rasmussen, a native of Brookings, S.D., is a journalism student at South Dakota State University who is the recipient of the 2021 Jeffrey B. Nelson Investigative Journalism Endowed Internship sponsored by SDSU and South Dakota News Watch.