A former South Dakota Game, Fish and Park leader with vast experience in wildlife management has expressed strong disagreement with current GFP leadership on whether a state predator bounty program protects young pheasants or is the right way to get youths involved in outdoor activities.

In an online panel discussion hosted by South Dakota News Watch on Sept. 15, former GFP secretary and commissioner John Cooper said the Nest Predator Bounty Program enacted by Gov. Kristi Noem in 2019 and continued since then does not belong in South Dakota. 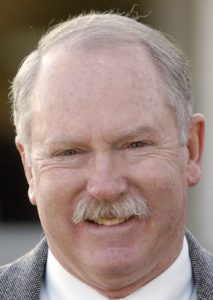 The South Dakota’s Nest Predator Bounty Program was created for political purposes rather than with the health of the state’s habitat and wildlife in mind, Cooper said during the discussion. The program, which has cost $2.4 million so far, gives $10 for each animal tail submitted by adults and children who trap and kill raccoons and other animals that eat the eggs and hatchlings of pheasants and ducks.

Some state wildlife officials, including GFP Sec. Kevin Robling, say the program that has resulted in 134,000 animals killed so far is working to protect pheasants and has shown a steady increase in youths involved in trapping. They acknowledge there is no scientific evidence or research in place to track whether removal of predator animals is actually leading to higher pheasant populations, though they say anecdotal evidence indicates the program is working.

Cooper said the program was “foisted” onto South Dakota by Noem without input from longtime trappers or hunters, members of the GFP Commission or the Legislature.. Cooper said he and many other sportspersons in the state are “mad” at the handling of the program. He pointed to recent studies that suggest wide-scale, long-term, lightly monitored bounty programs, such as South Dakota’s, often don’t protect the intended species.

“It’s a bad program,” Cooper said. “It costs us money and it’s not doing anything at all for pheasant management or habitat.”

Robling defended the program during the panel discussion, saying it is key for creating future generations of hunters and trappers and keeping predators out of pheasant and other bird nests.

“We are the pheasant capital of the world,” said Robling. “Things have changed in the last 20 years. Our vision is to enhance the quality of life for future generations. It’s time to think outside the box … time to engage people in outdoor activities. The Nest Predator Bounty Program is absolutely doing that.”

Robling said the program is a creative solution to new problems facing the state’s $280 million annual pheasant hunting industry and is needed to protect nests of pheasants and young and adult birds. Low fur prices and a weak market for animal pelts have reduced interest in trapping in South Dakota in recent years, and fewer people are incentivized to trap nest predators, allowing raccoons, skunks, red foxes, possums and badgers to flourish, Robling said. Climate change has also played a role, destroying some land and increasing standing water, both of which impact the habitat for pheasants, said GFP Commission member Robert Whitmyre.

Whitmyre said the number of predators removed in the first three years of the program has undoubtedly reduced predation on pheasants and pheasant nests whether there is scientific documentation of it or not. Fewer raccoons and skunks roaming the landscape will surely lead to fewer interactions with nests, he said.

When asked about a lack of scientific evidence that the program is working, Robling and Whitmyre pointed to personal anecdotal evidence of seeing more birds and fewer raccoons, and referenced a 2001 study that found bounty programs “have the potential” to increase pheasant survival, but also that the “parameters decrease once predator control ceases.”

Robling also said youth participation in the program was up about 29% in 2021 compared to 2020. If the program prompts just 500 people to get involved in hunting or trapping, hundreds of millions of dollars could be generated in state revenue, he added.

Longtime hunter and trapper Robin Hagen, who was also part of Wednesday’s panel, said habitat is the most important aspect to a healthy pheasant population, rather than the number of predators in the area. Hagen suggested money spent on the bounty program could be put to better use by preserving habitat for the pheasants.

The ethics surrounding the program also came into question by panelists. Animals that are killed have their tails removed and are then typically left to rot or buried as there is little use for pelts taken from animals trapped in the springtime. Trapping is usually done in the fall when animal furs are thick and offspring of adults are old enough to survive.

Cooper and Hagen said the bounty program does not promote ethical trapping habits, because animals with newborns could be killed, leaving the newborns helpless.

“How do you explain outdoor activities when you have the ethics issue of leaving young ones after killing one animal for a tail?” Cooper said.

Questions were also raised about whether children who are incentivized to engage in outdoor activities through a financial incentive will remain active once payments end.

Whitmyre said ethics are always part of the conversation around wildlife conservation.

“Dealing with predators, dealing with rodents, all sorts of adversities, it’s what you do if you want to keep the landscape in a productive way for anything. I don’t see it as being unethical. I think the ethics of doing nothing is in its own way not responsible management,” he said.

Cooper also criticized the state’s decision to end the annual pheasant brood count, which has been a tool for the state and hunters to estimate how many pheasants were present across the state.

“It’s not fair and it’s a bad business,” he said. “Honesty is what we can do better in this state.”

The GFP is conducting a study through Iowa State University to survey route conditions, Robling said. The statewide brood number wasn’t always accurate to certain areas of the state, he said, because one area may have more pheasants than others.