Recent rains and flooding have forced many farmers in the eastern half of South Dakota to delay getting crops into the ground, and some are now well behind the typical planting schedule or have had to cut back the acreage they are able to plant.

The heavy rains during a long-range drought have left farm fields soaked and inaccessible to farm equipment. Some recent storms have damaged critical planting equipment. The resulting delay in planting has some farmers scrambling to maintain crop production and, consequently, their anticipated income.

As a result, some farmers who suffer crop or revenue losses will have to lean heavily on crop insurance and federal relief funding to make it through the 2022 planting season.

The recent storms in the southeast and the excess moisture in the northeast have backed producers into a corner in regard to deciding when, or even if, to plant a summer 2022 crop. If they wait too long, the growing season will be cut back and producing a fall crop may become out of the question.

Farmers suffered a big setback on May 12 when a high-intensity storm known as a derecho not only dropped excessive moisture but also damaged machinery needed to plant a good crop.

“That really threw a wrench in a lot of people’s plans because we were already late planting,” said Scott VanderWal, a Volga farmer who is president of the South Dakota Farm Bureau. “That storm came and destroyed a lot of grain bins, center-pivot irrigators, buildings, livestock facilities, a tremendous amount of damage. We had to spend a couple of nice days cleaning up messes instead of planting.”

Despite the late start and intermittent rains that kept him out of the fields, VanderWal was able to get his soybeans in the ground on time. 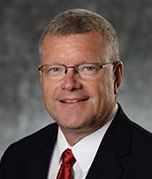 Many northeastern South Dakota farmers weren’t so lucky. VanderWal said.  Because of the flooding and excess moisture that the region has received, crop farmers will most likely rely on a portion of their insurance policies known as “prevent-planting” options.

Prevented-planting provisions are found in crop insurance policies and allow planters to collect payments for their crops that they weren’t able to plant as planned due to an insured cause. In South Dakota this year, flooding, excess moisture, drought, and natural disasters are insured causes.

“In 2019, there was an awful lot of us in eastern South Dakota that used that and it literally kept some people in business,” said VanderWal. “It’s not something you want to take because you don’t make any money on it, but it’ll keep you alive.”

Taylor Dinger, who helps farm a plot of land near Hecla, has seen dramatic reductions in the crops they were able to plant due to excess moisture.

Unlike many planters in the region, Dinger was able to get a corn crop in the ground just before the heavier rains hit, but was only able to plant about half of normal.

“We lucked out that since we planted, everything kind of dried out versus filling up,” Dinger said. “We got that rain after we planted but it didn’t flood anything out. We got out early enough that it wasn’t an issue.”

Due to delays in accessing fields, he and many others in the region have switched to a faster-maturing seed for their crops, allowing them to stay on schedule.

Dinger is working on planting soybeans, and is expecting around 60 percent of the normal yield. Fortunately, there are ways for him and other planters to put the land to profitable use.

National Weather Service Hydrologist Melissa Smith said that drier conditions in the west are to he expected, but the current  conditions are dramatic compared to past years.

The dry conditions are partly due to a “La Niña”, a weather event at the Equator where ocean temperatures are colder than average, pushing cooler air throughout the northwest. This pattern typically lasts 9 to 12 months but can sometimes last years.

“Typically, when [La Niña] happens, we tend to see drier, cooler conditions over western South Dakota during the springtime. It’s mainly where the track of the jet stream is, how far south it’s been diving, or where it sets up,” said Smith. “A lot of the locations in western South Dakota have just missed out on a lot of precipitation that the eastern side of the state has seen.”

According to Smith, South Dakota is predicted to see above average temperatures with below average precipitation through June, July, and August. These warmer conditions should help with crop growth, but the lack of precipitation will make irrigation or changing up farming practices more important this season.

Cover crops are another option available to planters. In 2021, the U.S. Department of Agriculture implemented changes to the prevented-planting provisions to allow farmers to plant a cover crop after the final planting date. Cover crops can be hayed, grazed, or chopped at any point and still receive the full prevented-planting payment. This allows farmers to keep the land in good condition by boosting overall soil health and maintain a revenue stream, according to USDA.

“The [excess] land that we can get to … it’ll be prevent-plant, but they have it set up where you can plant it to a cover crop. I’m hoping if it dries out enough we can get it into a cover crop system of some type.”

After watching farmers suffer losses due to natural disasters in 2020 and 2021, Congress put into place emergency relief funding that is available through an application process. The Emergency Livestock Relief Program and the Emergency Relief Program are two-phase programs designed to help farmers regain financial stability even if they lost the ability to produce livestock or crops in the previous two years.

Those impacted by the events of 2020 and 2021 are still able to apply for assistance with these programs. According to the Farm Service Agency, pre-filled applications were scheduled to be mailed in late May 2022 to those who received prevented-planting payments during this time period. Planters interested in the assistance can contact a local FSA agents for details, available at this link.

Kylie Carlson is the 2022 recipient of the Jeffrey B. Nelson Investigative Journalism Endowed Internship, and is working as a reporter for South Dakota News Watch. A native of Britton, S.D., Carlson is a 2022 journalism graduate from South Dakota State University.

Panel discussion on politics and education set for Thursday, June 16, 2022