One study showed that Rapid Creek and the Big Sioux River host genetic markers for the most dangerous form of E.coli bacteria that in mutated form can cause illness or even death by ingestion of a single drop.

The other study showed that a series of significant waterways in west-central South Dakota that eventually dump into the Missouri River are contaminated by arsenic that may be impossible to fully remove.

Here is a look at the studies, completed largely by researchers from the South Dakota School of Mines & Technology in Rapid City.

Researchers from the School of Mines used a pioneering method of DNA testing of river water over a year-long period. The work revealed that genes from potentially deadly forms of E.coli bacteria were present in significant numbers in Rapid Creek throughout and below Rapid City and in the Big Sioux River and Skunk Creek in and around Sioux Falls.

Those bacteria, which typically originate in human or animal feces, were found to genetically mutate on their own, without reproduction, potentially resulting in new and more deadly forms of E.coli and a further resistance to antibiotics. A dangerous dose of these new forms of E.coli can easily be ingested while swimming or even kayaking on Rapid Creek or the Big Sioux River, said Kelsey Murray, a lead researcher on the project.

“The unfortunate thing … is that they have an extremely low infectious dose, so as few as 10 cells can make you very sick,” Murray said. “So that’s just a drop of water.”

By extracting and testing more than 1,000 samples of bacteria from those waterways, Murray and co-researchers found consistent genetic markers indicating the presence of the most dangerous forms of E.coli, known as shigatoxigenic E.coli.

While E.coli bacteria are present within the human body and most are harmless, the shigatoxigenic forms can cause common E.coli infection symptoms such as bloody diarrhea and vomiting, but can also be fatal.

“In both Rapid Creek and the Big Sioux River, we found bacteria that carry shigatoxin genes … and if you get a particularly bad strain of this you can have kidney failure and potentially die,” Murray said.

Over the past few years, South Dakota has regularly reported the highest or near-highest rate of E.coli infections in the nation, according to the CDC. State health records show that 80 people reported being sickened by E.coli in 2016, with 28 cases in the age range of 1 to 14 years old.

The School of Mines research showed that the highest number of shigatoxigenic markers were found during June and July, the period of peak recreational use of the water bodies tested and by far the most common months for E.coli infections to be reported in South Dakota.

Murray cautioned that the research only found the genetic markers and did not examine actual E.coli levels or types in the rivers.

“The big questions is, ‘Are there environmental reservoirs of pathogens or antibiotic-resistant organisms that are causing South Dakotans to become sick?’” Murray said. “The reservoirs are our waters.”

Murray, who has since received her doctorate and now runs a Rapid City business called Crossover Biomedical, said the study results indicate that asexual shigatoxigenic E.coli mutations may make the bacteria more resistant to antibiotics.

“Water is where we’re probably creating these resistant organisms, and the water disperses them through the population,” Murray said. “The risk is that we’re selecting for antibiotic-resistant organisms that could have potential clinical implications.”

Murray said the importance of her research is bolstered by a crisis in Germany in 2011 in which a shigatoxigenic form of E.coli sickened nearly 4,000 people and killed 53. The exact source of the contamination remains in question, though authorities in Germany discovered an organic farm that grew sprouts which were contaminated by human or animal feces. About 800 people contracted hemolytic uremic syndrome from the E.coli strain that likely was created by horizontal gene transfer, which Murray’s research suggests is possible in the South Dakota rivers tested.

In a more recent case, U.S. government officials now believe that a concentrated animal feeding operation for cattle was the cause of the E.coli outbreak this spring in which 210 people across 36 states, including South Dakota, were sickened by shigatoxigenic E.coli traced to chopped romaine lettuce. The lettuce farm used irrigation water from a canal that was near a CAFO for cattle, the U.S. Food and Drug Administration recently reported. The infection killed five people and sent 96 others to the hospital, 27 of whom developed kidney failure.

And just this month, more than 500 people were sickened after eating salads at McDonald’s restaurants tainted by the cyclospora bacteria, which originates from human or animal feces possibly due to agriculture practices. The chain stopped selling salads in 3,000 restaurants after people became ill with diarrhea, intestinal pain and nausea in 15 states, including South Dakota, Iowa, Nebraska and Minnesota.

Murray said increasing antibiotic resistance is a top concern of the National Institutes of Health and the World Health Organization.

“We are on the verge of going back to a pre-antibiotic area, where we won’t have any antibiotics for common infections,” Murray said.

Murray has made South Dakota water officials and wastewater treatment operators aware of her findings through a series of public presentations.

Toxic arsenic is still leaching from remnants of gold mining that ended two decades ago in Lead and Deadwood, and now researchers have tracked the carcinogenic compound hundreds of miles downstream from the source.

A years-long Mines study published this spring showed that tailings from gold mining in Lead-Deadwood throughout the 20th century are still sending arsenic, mercury and other contaminants hundreds of miles through Whitewood Creek, into the Belle Fourche and Cheyenne rivers and eventually to the Missouri River. The study by researchers from the School of Mines and U.S. Geological Survey also indicated that cleaning up the arsenic and other chemicals would be difficult due to the extent and length of the contamination. Remediation could also be dangerous because trying to remove any contaminated sediment could “resuspend” or increase the release of toxic materials into the waterways.

A 1988 study by the U.S. Geological Survey first confirmed the presence of high levels of arsenic in Whitewood Creek and the Belle Fourche River. The latest study showed that the contamination is present hundreds of miles further down the river valley that leads to Lake Oahe and the Missouri River.

The arsenic is from gold mining operations in Lead-Deadwood area that from roughly 1875 to 1977 polluted the rivers with an estimated 100 million tons of contaminated mine tailings, or rocks used in mining that were crushed to the size of sand or smaller. After the Clean Water Act was passed in 1972, operators of the Homestake Mine built an impoundment in 1977 to store the tailings in Grizzly Gulch to keep them out of Whitewood Creek.

Both the new study and the USGS research in 1988 found huge concentrations of arsenic in the “pore water,” the water that is found in rocks, and in the sediment. The Mines research found pore water samples with arsenic levels at 257 times the amount that would occur naturally in that region, and at 30 times the level that would occur naturally in the sediment.

“It’s there, we’re concerned about it, but we don’t have the billions of dollars it would take to clean it up, nor does the state of South Dakota,” Nelson said. “You would be talking one of the world’s largest dredging projects because that’s the only way you could get rid of it.”

Nelson said his tribe is also worried that more pollution could be thrust upon them if any existing or proposed oil or natural gas pipelines rupture and foul area waterways. He said the connection between all the varied forms of pollution on the Cheyenne River is a quest for money.

“We have to ask ourselves, ‘What’s most important, clean water or revenue coming in from a potentially contaminate source?’” he said.

“With the mining operations, we know it’s going to give off pollution, but look how much money we made mining gold and how many people we employed.”

A separate study in 2014 found that residents of the Cheyenne River Sioux Tribe who ate fish from the river had high levels of toxic mercury in their bodies, which can reduce the ability of their immune systems to fight off illness and disease.

Mining operations in western South Dakota have led to other forms of pollution and concerns about the impact on human health.

In 2016, Mines researchers found that historic uranium mining in southwestern South Dakota led to detectable levels of uranium in the popular Angostura Reservoir near Hot Springs and in the Cheyenne River that cuts through much of Indian Country.

Nelson said tribal members are well aware of the contamination in their namesake river, but that there is a sense of powerlessness to do anything substantive to remedy the situation.

“We’ve advised people because of problems in the river system, just be cautious,” he said. 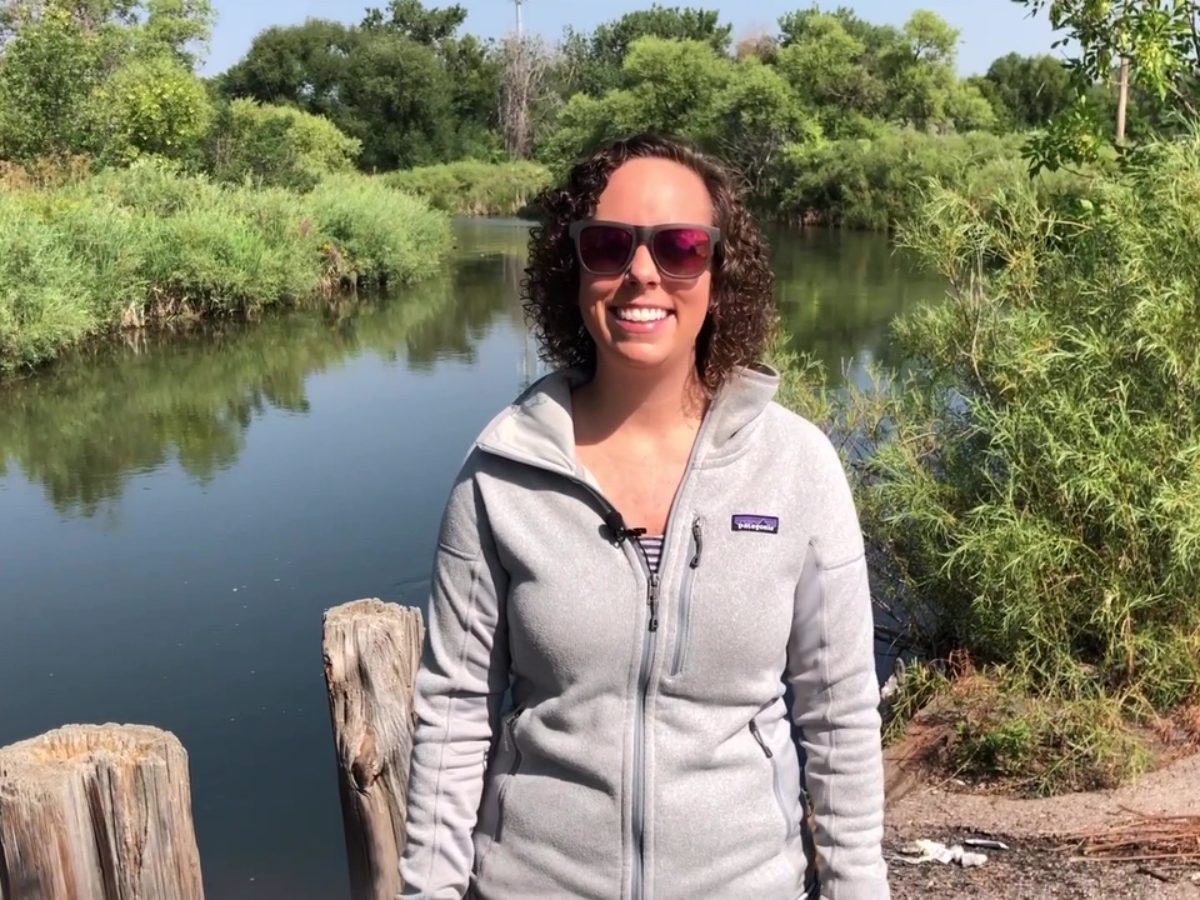