Rising food prices have added another financial burden on South Dakota families already facing increased costs for essential goods and services during the pandemic and amid a recent spike in inflation.

During the COVID-19 pandemic, the average price of food bought for home consumption has risen at double the typical rate of inflation, especially among meat products that form the basis of many family meals in South Dakota.

Beef and veal prices were almost 10% higher in 2021 compared with 2020, while pork prices at the retail level jumped by 6.3% and poultry rose by 5.6% during that time period. Meat prices overall jumped almost 16% from 2019 to 2021, according to the U.S. Department of Agriculture, and experts are predicting meat prices will increase as much as 6% more by the end of 2021.

The increase in food prices comes as many other essential products are increasing in price in South Dakota and across the country, including gasoline, home heating fuels, vehicles and housing.

When food prices rise, it puts a disproportionate financial burden on lower-income families, who must buy food to feed their families regardless of gross family income. Due to transportation and other factors, food costs are typically higher in rural communities, which make up the majority of South Dakota’s population.

The group Feeding America predicted that one in six children in South Dakota will face food insecurity in 2021, an increase over the prior year. In August 2021, about 34,000 households in South Dakota qualified for the Supplemental Nutrition Assistance Program, also known as food stamps. Those households are home to about 35,000 children under 18, according to state data.

The rise in food prices is also affecting senior citizens who live on fixed incomes. Many elderly South Dakotans do not have much budgetary wiggle room and often spend a significant portion their overall income on essentials, including food.

Kathy Ryther, 65, a retiree from Pierre who lives on a fixed income, said she is shocked by the jump in grocery prices in South Dakota this year. Ryther said she has adapted by buying less food in general and by skimping on some meals.

“It’s just so ungodly high right now,” Ryther said after shopping at Lynn’s Dakotamart in Pierre on a recent day. “I don’t live in New York, do I?”

Ryther said she has cut back on buying ground beef and pork steaks that are usually a staple of her diet.

Her friend, 62-year-old Deb Buringa of Pierre, said she has noticed higher prices on almost all grocery items since the pandemic hit.

“Canned goods, cereal, I’ve seen it all going up,” said Buringa, a retiree who lives mostly on Social Security. “You can’t afford a roast anymore; you have to almost butcher it yourself.”

The rising food prices in South Dakota are the result of a combination of broader economic conditions, largely driven by the pandemic, said Nathan Sanderson, executive director of the South Dakota Retailers Association, who also served as a financial adviser on agriculture and other issues for former Gov. Dennis Daugaard.

“It’s kind of complicated how we got here, but you don’t have to be a rocket scientist and do anything other than pay attention to see that prices are up,” Sanderson said.

As with many other businesses, breakdowns in the supply chain anchored by the shipping and trucking industries have made it harder and more expensive to get foods and other goods shipped to states like South Dakota, Sanderson said.

The food-distribution and grocery sales industries are also facing the same workforce shortage that is holding many industries back, Sanderson said. An overall level of inflation in America, which could reach 5% this year, more than double the usual rate, has also added to costs of food growers, distributors and sellers, he said.

But the food industry is facing some unique challenges that are leading to higher prices, Sanderson said. Before the pandemic, food stocks around the world were high and products were moving efficiently. But the global slowdown in production during the pandemic has led to a disruption in supply and demand, where demand for food is higher than supplies, which ultimately pushes up prices, he said.

“People still need to eat, and demand for food hasn’t decreased, it’s actually increased during the pandemic as people are making more food at home,” Sanderson said. “The demand has increased at a time the production has slowed down.”

Sanderson, whose group represents numerous grocers across the state, said it is important for consumers to know that just because they are paying more, it doesn’t mean that grocery stores or other businesses are raking in profits.

According to the USDA, food spending rises in families as income rises, but at a slower rate than the rise in income. For families with the lowest 20% of gross incomes in the United States, spending on food averages $4,400 a year, making up 36% of their income.

Jennifer Stensaas, spokeswoman for Feeding South Dakota, said the group that provides free food to needy families closed its food pantries during the pandemic. The group has moved to providing only mobile food pickup sites across the state but increased the frequency of visits allowed by clients.

Stensaas said she has personally witnessed the rise in food prices in South Dakota, and is aware that increasing prices will force some individuals and families to make increasingly difficult choices about how to spend their money. 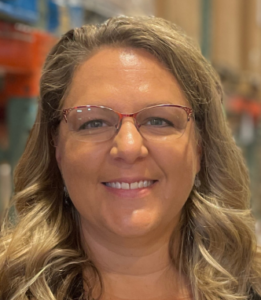 “You can see that food prices are going up as we start to see everything around us increase, and you think about people having to make these impossible choices of whether to pay their rent or their gas or utility bills or buy food for their families,” Stensaas said.

Increasing food prices, particularly among staples such as meat, dairy products and cereals, can also lead to purchasing of cheaper, more highly processed foods that are not as healthful as more expensive whole foods, Stensaas said. Feeding South Dakota, she said, works hard to purchase or accept donated foods that are as nutritious as possible.

“If you’re at the grocery store and you’re in financial crisis mode today, and you can’t even think about tomorrow, you’re probably making choices that aren’t as nutritionally sound,” she said. “Crisis mode can do things to your strategic thinking that don’t always lead to healthy choices for your family.”

Ken Newling, 70, a retired trucker and chaplain who lives in Pierre, is on a fixed income and has made recent visits to Feeding South Dakota mobile food banks to supplement what he can afford to buy at the grocery store.

“If it wasn’t for them, I’d really be hurting right now,” Newling said before a recent grocery-shopping trip in Pierre.

Newling said rising prices for meat have led him to purchase more frozen meals, canned meats and processed foods that are generally higher in sodium and fat.

“I’ve seen the beef really going up, which hurts because I’m a meat-and-potatoes man,” Newling said. “That’s how I grew up.”

Dave Johnson, interim general manager of the Lynn’s Dakotamart chain of grocery stores, said food sellers don’t have many options when it comes to pricing, other than offering “loss-leader” deals or weekly specials to attract customers to their stores. Lynn’s is a Rapid City-based regional chain with 10 full-service grocery stores ranging from Belle Fourche in the west to Fort Thompson in the east.

Johnson called the modern grocery industry a “penny business” that generally makes only a small profit on each item, and relies instead on high volume of sales in order to remain profitable.

In general, he said, grocery stores raise prices as little as possible and only to cover higher costs for products purchased at the wholesale level or if other factors such as energy or personnel costs rise, Johnson said.

“It’s mostly out of our control [on pricing]; we just have to do what our distributors and manufacturers require us to do,” he said. “It’s money in, money out, and you’ve got to pay the bills.”

Johnson said his company is aware that retail food prices have risen, but noted that a recent rise in inflation in the U.S. has also led to increases in the costs of gasoline and other consumer goods.

“It’s a competitive business and we’re all in the same boat,” he said. “We have the same problems that everybody else does.”