South Dakota has some of the weakest laws in the nation when it comes to regulating who decides what should happen to the body of someone who dies, and the vague laws are causing greater expense for survivors, creating emotional trauma for grieving families and funeral directors, and occasionally leading to contentious lawsuits.

But state lawmakers are poised to update so-called “disposition” laws to make clear who has the final say over whether a body is embalmed and buried or is cremated, and over where it should be buried or who keeps the remains.

A bill moving quickly through the legislative process, House Bill 1152, would enact eight separate sections of legal language that would spell out specifically how bodies should be handled after death. The measure is modeled on legislation developed by the National Funeral Directors Association and is backed by the South Dakota Funeral Directors Association, whose members have regularly endured stress and uncertainty when disposition challenges arise.

South Dakota laws now allow someone 18 or older to legally dictate his or her own disposition plans before death, though current law allows for challenges of those plans to be made after death. In deaths where a challenge arises, a lawsuit may result and a judge may be called on to decide disposition of a body.

In a death without any legal pre-arrangements in place, state law requires all surviving direct family members to agree on disposition in order for burial or cremation to take place.

Beyond that, however, South Dakota disposition laws are unclear on several points and have become inadequate to address legal issues that are arising more often than in the past, said Mitch Steinhoff, director of Eidsness Funeral Home in Brookings.

“The biggest thing is that the law has just been outdated for some time, and the law the way it reads now is very vague on a lot of issues,” Steinhoff said. “This will really clean it up and give us direct law on how things have to happen.” 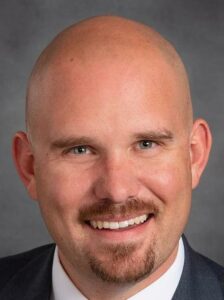 "The law has just been outdated for some time, and the law the way it reads now is very vague on a lot of issues ... this will really clean it up and give us direct law on how things have to happen.” -- Mitch Steinhoff, director of Eidsness Funeral Home in Brookings

The proposed law would make it much harder for a pre-arranged disposition to be changed, allowing a challenge only if the decedent made it clear before death that he or she was open to other plans, and only from survivors the person designates in advance.

While a signed and notarized “pre-need” legal document makes it much easier to determine disposition intent, many people die without making such arrangements, Steinhoff said.

The current law requiring consensus among survivors of people without pre-need arrangements is unhelpful when there are only two surviving siblings who disagree, if there are varying opinions within a group of survivors or when one or more surviving family members cannot or refuse to be located or contacted.

Unexpected deaths or those without pre-need documents can lead to family arguments, causing high stress during a time of grief and sometimes requiring costly litigation. Disputes over disposition also place logistical and emotional burdens on funeral directors who cannot process a body until disposition is legally settled.

“Under this bill, it’s clearly defined in terms of the order in which it goes and how things operate if a family ever had an issue,” Steinhoff said. “It makes it so much simpler for everybody. It will be very easy to show them, ‘Here is the law,’ and we don’t have that now.”

Rep. Charlie Hoffman, R-Eureka, the prime sponsor of the legislation, said the revised laws are needed “to assist families and funeral homes to make decisions that successfully avoid many of the circumstances that can stalemate or stall funeral arrangements.”

Hoffman said all states allow someone to designate in advance the disposition of his or her body after death. About half of U.S. states have enacted four or more of the eight major provisions in the proposed model legislation, but only three states, including South Dakota, have not adopted any of the revised legal principles, Hoffman said.

Jason Glodt, lobbyist for the state funeral directors group, said the weak South Dakota laws have led to expensive and needless litigation in contested disposition cases and caused undue hardship for families and for funeral directors caught in the middle.

In one example highlighted by Glodt, a non-Native man in South Dakota was charged in the death of his son, but then refused to agree with the wishes of the mother, a Native American, to bury the boy’s body on a reservation.

A judge had to intervene to grant the mother’s wishes, Glodt said. The new law would remove disposition rights from someone charged in the killing of a family member.

In another case, two siblings arguing over the estate of their late father could not agree on the disposition of their mother after her death, with one sibling refusing to be contacted after the mother’s death in an apparent attempt to gain emotional leverage over the other sibling in the ongoing estate case.

The mother’s body remained in refrigerated limbo for months at the funeral home until a judge settled the disposition. The new law would forfeit the disposition rights of someone who cannot be contacted or refuses to be contacted within three days of a person’s death.

In another case, a body was held in storage for several months while survivors bickered over how to dispose of it. The new law would allow a simple majority of survivors to agree on disposition, rather than requiring all survivors to agree.

Other elements of the law would remove disposition rights of someone who cannot be located, give funeral directors legal immunity in cases of disputes and allow for disposal of unclaimed remains.

Rep. Mike Stevens, R-Yankton, brought some personal experience, and some levity, to the discussion of the bill before the House Judiciary Committee, where it passed unanimously on Feb. 9.

Stevens, an attorney and member of the committee, shared how a client who died and was cremated had no one to claim his ashes, so they were brought to Stevens’ office where they remain to this day. Stevens referred to the client only as “Jim.”

“They’re in the corner of my office and I can’t get any of Jim’s family members to come and get his remains,” Stevens testified. “I have to explain to my clients why they’re sitting next to Jim.”

In all seriousness, however, Stevens said the update to the laws is needed to avoid unsettled disposition of bodies.

“This is a lot more common than people actually really think, so for us to have that and get it taken care of is very important,” he said.

HB 1152 was passed unanimously by the full House of Representatives on a consent motion on Feb. 14 and now moves to the Senate.

Steinhoff said future legislation is needed to further clarify the obligations and responsibilities of South Dakota funeral directors. But he said the disposition bill now under consideration will be a great aid to funeral directors and families.

“The reason we become funeral directors is that we have a calling to help people,” he said. “Obviously, if an issue arises, the grief process is not being helped, and it can become a horrible situation because not only are you dealing with the death of a loved one, but now you’re fighting with other loved ones or relatives.”