Child protection advocates are worried that the COVID-19 pandemic led to a spike in child-abuse cases in South Dakota and that the abuse of children was more severe than in the past.

They are also concerned that the pandemic led to an increase in child-on-child abuse that was more rare prior to the arrival of the coronavirus.

In 2020, children spent much less time with their teachers, doctors, dentists or social workers who are “mandatory reporters” required by law to report suspected abuse. That shift likely led to a reduction in reported cases, so some abuse cases that otherwise would have been reported and acted upon were missed by the system.

Meanwhile, many families in South Dakota experienced emotional stress and financial hardship that are often associated with an increase in childhood trauma and abuse.

More children in South Dakota were left home alone during the pandemic, providing a potential environment for child-on-child abuse among famliies, said Carrie Sanderson, director of the Center for the Prevention of Child Maltreatment at the University of South Dakota.

For example, essential employees who had to work during the pandemic likely had to leave children home alone at a younger age or more often than normal because schools and daycares were closed.

“You put a family in crisis or on the verge of being in crisis and you add COVID-19 on top of it, that stress is going to put that family over the top,” Sanderson said. “If you have a child who is stressed, not of age to be at home, and acting out, it makes sense that there would be more child-on-child harm and sexual abuse.”

Reports that were made showed an increase in the proportion of extreme injuries and more instances of child-on-child abuse, said Sanderson.

“When you reduce exposure to the people who are knowledgeable and feel empowered to report, you reduce the number of eyes on our kiddos who can help get them to safety,” Sanderson said. “Because the number of reports stayed about static, that should be extremely concerning to people. You’d want that number to drop.” 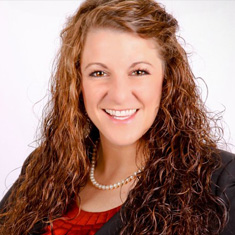 “When you reduce exposure to the people who are knowledgeable and feel empowered to report [child abuse], you reduce the number of eyes on our kiddos who can help get them to safety." -- Carrie Sanderson, director for the Center for the Prevention of Child Maltreatment at the University of South Dakota

Official reports to child protection agencies across the United States declined by 20% to 70%, mostly attributable to decreased contact with mandatory reporters, according to the CDC.

The South Dakota Department of Social Services reported a decrease of 39 cases between fiscal year 2021 and fiscal year 2020 at this time: 11,625 to 11,586 reports. The biggest drop in reporting coincided when schools closed last year.

The South Dakota Unified Judicial System reported a decrease of 113 civil abuse and neglect filings and a decrease of 227 children involved in those cases between the 2019 and 2020 calendar years, 17.5% and 19.6% percent drops, respectively.

Meanwhile, abuse that occurred during the pandemic may not be disclosed by kids for months or years, and South Dakota agencies that record abuse cases track different populations over different time periods, making it difficult to fully grasp the impact COVID-19 had on children in abusive situations.

Teachers who are critical to flagging abuse or neglect suddenly weren’t seeing kids in person every day when schools shut down last spring, a major concern for educators, said Patti Lake-Torbert, senior coordinator of Student Support Services in the Sioux Falls School District. 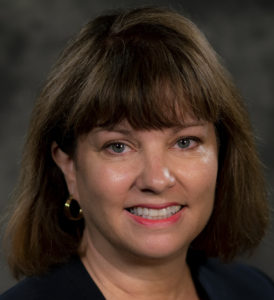 “When we were shut down last spring, it really heightened our awareness of how much we’re able to help children and families,” Lake-Torbert said.

South Dakota didn’t mandate school closures for long periods of time as other states did, something Lake-Torbert said was important for helping kids’ mental health and meeting their basic needs.

Natural disasters or other collective crises, which would include a global pandemic, are often associated with a rise in child abuse. This is likely because families experience heightened stress from school closures, loss of income, social isolation and living in a constant state of the unknown during crises, according to the CDC.

During the Great Recession, non-accidental abusive head trauma in children under 5 almost doubled from 2007 to 2009, according to a study published in the medical journal for the American Academy of Pediatrics.

A separate study in the journal said that overall child abuse cases in emergency departments and intensive care units decreased starting in March 2020, which coincided with a drop in child contact with healthcare professionals. The findings could have been connected to a true trend or could “reflect compromised infrastructure for detecting child physical abuse or delayed effects of the pandemic on child physical abuse,” according to the study.

During the pandemic, while the number of emergency department visits from child abuse decreased, the percentage of those visits that resulted in hospitalization increased nationwide, according to a CDC study.

The pandemic also meant that some children were exposed to more online screen time. Some studies predict that almost all children who spend time online will be exposed to unwanted sexual advances as some point, Sanderson said.

“You increase the amount of time kids are online shoots up, the amount of exposure to things online increases,” Sanderson said. “The COVID-19 scenario has the potential to exacerbate that.”

The abuse of children on reservations almost certainly rose during the pandemic, when people were isolated in their homes, said Arlana Bettelyoun, director of the Oglala Lakota Children’s Justice Center in Pine Ridge. To call attention to the number of children in need of protective services, the center in April posted hundreds of blue pinwheels outside the agency, one pinwheel for each child receiving services.

“I would get these calls of people who were desperate,” Bettelyoun said. “I remember getting a call from a young lady who was isolated in a bedroom by herself with her children and we got diapers and supplies to her.”

Some families had more than 10 people in a two- or three-bedroom house, which made isolation difficult if someone developed COVID-19 symptoms.

Some children didn’t have regular internet access, a desk or even electricity, said Kellee Brewer, who was a teacher for 20 years before joining Thunder Valley’s youth development initiative.

“We were expecting students to get online and learn when they didn’t have wifi, food, or were stuck in abusive homes,” Brewer said. “It got worse with COVID.”

A lockdown and shelter-in-place order on Pine Ridge kept families in their homes during much of the pandemic. While the orders ultimately saved lives, it put a strain on the mental health of some individuals and families, Means said.

Substance abuse among older children and teenagers increased, said Thunder Valley Youth Development Director Aimee Pond. Teens who lacked access to social activities or who were unable to get mental health services turned to self medication with drugs or alcohol, she said, something that could spur a lifelong habit.

Even when school resumed in other areas of the state and children were interacting with one another and teachers again, many children felt the stress of the pandemic.

“Everything seemed to be heightened this last year. Because of that, it also heightened our awareness as to what was happening to our kids,” Lake-Torbert said. “We all know that among our whole community there’s concern for mental health issues. What does that mean for the family structure?”

“CPS continued to energetically and actively pursue all cases despite the difficulties and risks to themselves of the ongoing pandemic,” Gill said in an email to News Watch.

Child abuse and neglect data from different agencies cannot be directly compared or used individually to tell the total picture of the problem in South Dakota. Collecting and interpreting data was one of the six major goals of Jolene’s Law Task Force, a group charged by the Legislature to study the prevalence and impact of child sexual abuse in the state. The Center for the Prevention of Child Maltreatment, an outcome of Jolene’s Law Task Force, now continues the focus on improving collection and analysis of child welfare data.

“We have rich pockets of data but we don’t connect them very well,” Sanderson said. “Without accurate data, how do you make the appropriate argument that this should be something our policymakers should focus on?”

The pandemic underlined a need to better understand and inform communities about the long-term impacts of childhood trauma. People who experience multiple instances of childhood trauma are more likely to attempt suicide or miss more work due to mental illness and are more likely to use alcohol or illicit drugs. The majority of youths in the juvenile justice system report experiencing trauma of some kind.

Experts in the child maltreatment center and from the University of South Dakota created a new graduate certificate at USD that focuses on the effects of trauma throughout life. That first class of the Child and Adult Advocacy Studies program began in January.

A program launched by the maltreatment center and the Social NET Works group in Brookings, called Resilient Communities: South Dakota, aims to build a coalition of child advocates in communities to prepare people on how to respond to childhood maltreatment and to understand the impact abuse has across someone’s life.

The pandemic showcased the important role communities play in advocating for and listening to children, several experts said.

Thunder Valley put together wellness packages for young people that included sports equipment such as soccer balls, hula hoops, jump ropes. Some students didn’t have a good place to study, so the organization connected kids to counselors and provided some in-person support and homework help.

Bettelyoun and her team at the Oglala Lakota Children’s Justice Center went along with some school lunch deliveries during the lockdown as a way to keep in contact with and check on kids. The organization also helped get tablet devices to children.

The center held a virtual Peace Circle — a traditional method of gathering in a group to discuss an issue — with a child advocacy training component. It also hosted virtual events to educate the community on preventing child abuse. Mentoring societies formed out of those information sessions, Bettelyoun said.

Sanderson said the maltreatment center has advocated for marketing services directly to kids, much like other mental health information sectors have started doing on social media platforms such as TikTok. A goal of the Jolene’s Law Task Force was to expand the capacity of law enforcement, Child Protection Services, and 911 systems to record and respond to child sexual abuse reports.

“As we’re recognizing that COVID-19 is going to have a lot of social impacts, CPCM became impassioned for getting information to children,” Sanderson said. “There’s a huge gap of kids we could be reaching.”

Concerns about child abuse or neglect can be reported to South Dakota’s centralized child abuse report line at 1-877-244-0864 or to local law enforcement.