While most colleges across the country were stung hard by COVID-19 — logistically and financially — the small private college that serves mostly Native American students on the Pine Ridge Indian Reservation in southwestern South Dakota got a big boost from the pandemic.

Like the reservation itself, the Oglala Lakota College in Kyle mostly went into a lockdown once COVID-19 hit in March. College President Thomas Shortbull made the decision early on that the risk of COVID-19 to students, faculty and staff was too great to host any in-person teaching or learning in the remote area where the college and its satellite centers are located.

The lockdown paid off in terms of health, as only a few people in the campus community became infected, and with no known outbreaks at the college, those infections were likely due to community spread off campus, Shortbull said. 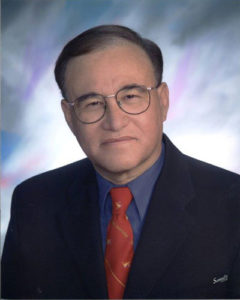 But the pandemic provided a number of other tangible benefits to the college that serves a mostly income-challenged population of 1,200 students at the main campus and satellite learning centers in nine communities throughout western South Dakota.

Much of the unexpected benefits came from the federal CARES Act, which provided $6.8 million to the college in the spring and summer. That money allowed the college to purchase laptop computers for 700 students and provide them with hotspot technology to create internet access from their rural homes during remote learning. Some federal money was also used to provide meals to students during the college lockdown, which will continue through the spring semester, Shortbull said.

“It’s really been a plus-plus for us,” Shortbull said. “Students have gotten more financial aid and it’s created more access, which we would never have been able to do for our students.”

The shift to remote learning has produced its own set of unexpected benefits, Shortbull said. A generation of students not only have new computers and internet access, he said, but they have also been taught to engage in virtual learning and use computer programs that will benefit them in the workplace. He said the laptops can be reused by new students who enroll in the future.

But a significant portion of the federal aid was shifted directly to students to help them pay for college now and in the future, he said. Between now and fall 2021, the college plans to distribute $3.5 million in federal aid to students in the form of direct scholarships.

Even though Oglala Lakota College has a $48 million reserve endowment to fall back on, the $6.8 million in federal aid has allowed the college to provide technology and tuition assistance that it could never have offered before the pandemic.

Plus, the roughly 70 faculty members have also sharpened their online teaching skills, which will make them better teachers. Using Zoom and other online educational platforms has also enabled the college to reduce duplication of in-person classes at its satellite centers. In the fall, that allowed the college to hire 20 to 25 fewer adjunct faculty members, which also created an unexpected savings, Shortbull said.

“Overall, this has been a major positive for us,” Shortbull said. “I think this is going to have a major impact on the college and our students well into the future.”