Many Americans, including adults and children in South Dakota, have gained weight since the onset of the COVID-19 pandemic, and that has healthcare experts worried about the potential for long-term negative physical and mental health implications.

The extended stress experienced since early 2020 is seriously affecting mental and physical health, including changes to weight, sleep patterns and alcohol use, according to an American Psychological Association study released in March.

The national study found that the physical health of Americans has declined during the pandemic because people are having trouble finding healthy ways to cope with the stress of the pandemic, and are turning to habits such as overeating and increased alcohol or drugs, which can lead to less sleep and further contribute to excessive weight gain or loss.

Nutrition experts say weight gain can have a lasting impact on residents’ physical and mental health.

“The isolation really led to a decline in mental status,” said Watertown registered dietician Kelsey Raml. “Losing control of your health habits results in emotional eating, lack of exercise, and before you know it, 10 or 20 pounds are on. With weight gain, things like blood pressure, cholesterol and blood sugar increase as well.”

South Dakota Department of Health spokesman Daniel Bucheli said the department will be tracking how weight gain has occurred recently in the state, and does not yet have data to track changes during the pandemic. But healthcare professionals in South Dakota say they have seen anecdotal evidence that some of their patients have either gained or lost excessive weight.

The proportion of South Dakotans who are considered overweight or obese on the Body Mass Index scale was about 60% for the three years leading up to the pandemic, according to data from the Centers for Disease Control and Prevention. More recent data was not yet available. 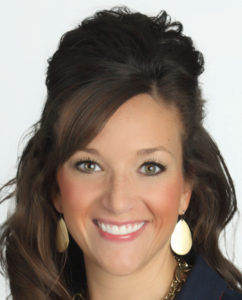 “Losing control of your health habits results in emotional eating, lack of exercise, and before you know it, 10 or 20 pounds are on. With weight gain, things like blood pressure, cholesterol and blood sugar increase as well.” -- Kelsey Raml, Watertown dietician

Children also experienced significant weight gain during the pandemic, when many school and sports activities were paused.

According to a study published in the Journal of the American Medical Association, about one in 10 children ages 5 to 11 gained an average weight gain of 5 pounds during the pandemic. About 16% of South Dakota children aged 5 to 19 years are considered obese, according to 2019 data from the South Dakota Department of Health. Nationally, obesity is present in about 17% of those same-aged children. Data from 2020 will be available in 2022, Bucheli said.

However, according to a national study in the American Journal of Public Health, obesity rates among Native American children have plateaued in the last five years, curbing a steadily increasing rate that had been seen in decades prior. Native American residents are already at a higher risk of diabetes and heart disease because of disproportionate poverty and lack of access to quality healthcare, according to the Indian Health Service, conditions that could be worsened by weight gain.

Wellness experts fear the physical symptoms of and stigma around weight gain will overshadow what they say is a more important discussion: mental health and delayed care.

“Weight gain and loss don’t equal healthy or unhealthy,” said Rose Adamski, a masters student intern in the dietetics program at South Dakota State University. “It’s hard to tie your health to your weight. Weight gain as a result of dealing with a pandemic isn’t really a big issue. Mental health problems and access to foods … were more prevalent.”

When Mariah Weber, a registered dietitian at SDSU, meets a patient that has experienced significant weight gain or loss, her first concern is their mental health. Most of her patients who gained weight over the last year have delayed going to their doctor because they fear the only health concern the physician will address is weight gain, she said.

“Weight gain stigma contributes more to depression and anxiety than the weight gain itself,” Weber said. “Them not going to the doctor is the main concern.” 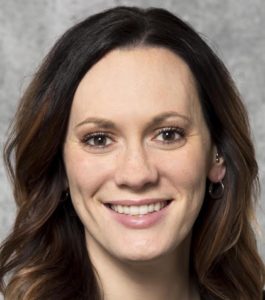 Weber and Adamski cautioned against using only the BMI scale, which does not consider muscle mass, as an indicator of overall health. Weber has treated athletes who would be considered “obese” by the scale, but who are healthy, active people who are eat well. She has also had patients who may be considered a healthy weight on the BMI scale, but who are that weight only through an eating disorder where they dangerously restrict food.

The majority of Weber’s patients have some form of “disordered eating” or a formal eating disorder. An eating disorder is a diagnosable illness such as anorexia nervosa or bulimia, whereas disordered eating can be anything from restricting certain foods, an obsession with “clean” eating or excessive exercise.

People with disordered eating or eating disorders experienced heightened symptoms during the pandemic. Isolation, less access to regular in-person treatment and additional stress, can enhance a disorder, Weber said. Often, those with a diagnosed disorder don’t want to eat around other people. Part of treatment is to eat with friends and family, a tactic that was harder to accomplish during the pandemic.

“When you take their routine and they throw it off, it disrupts their entire life and food becomes more of their control mechanism, so when you have them at home and add a ton of stress, that’s going to exacerbate what’s already going on,” Weber said.

The pandemic didn’t negatively affect everyone’s weight, however. Weber and Raml said they’ve seen clients who used the lack of a commute in a vehicle and increased time at home to get outdoors more with their families. Some people lost weight in a manageable way by learning to cook healthy meals at home and participating in outdoor physical activities.

Raml encourages patients to find positive outlets to deal with any ongoing grief or trauma to help manage health maintenance and wellness. Not dealing with emotions can lead to significant, long-term consequences, including chronic illness, according to the American Psychological Association.

“Find what triggers that emotion to overeat or inactivity and try to find a positive outlet, whether it’s taking pictures of nature, listening to music, going on a walk,” Raml said. “Whatever helps you try to reduce your stress that’s helpful for making it through this tough time.”

Raml and Weber encouraged anyone struggling with disordered eating or weight management to reach out for help with an expert. Weber said she often refers clients to counseling, and vice versa. They also advised taking a break from social media, which can be flooded with diet culture and exercise advertisements.