Amid the flurry of recent debate on education standards and race-based curricula in South Dakota schools, most classroom teachers have been relatively quiet.

Many are restricted by media policies in their school districts, or they express concern about repercussions if they engage publicly in political discussions. This reticence comes as supporters of anti-CRT measures talk of political indoctrination occurring in state classrooms, catching teachers in the crossfire of a larger culture war.

“It creates a chilling effect on how they approach their lessons, where they’re way too cautious and robust discussions are not happening,” said Sandra Waltman, government relations and communications director for the South Dakota Education Association.

Retired teachers are more open to expressing their views. South Dakota News Watch reached out to three former history and government teachers to get their perspective on efforts by Gov. Kristi Noem to influence public school curriculum, including an executive order that prohibits the teaching of “inherently divisive concepts.” Here are their voices from the classroom.

‘It’s kind of frightening for those still teaching’

As part of his world history classes at Parker High School, where he spent all 34 years of his teaching career, Phil Bjorneberg would occasionally show students the 1993 movie “Schindler’s List,” Steven Spielberg’s Oscar-winning portrayal of the Holocaust.

Before doing so, he sent letters home to parents notifying them of sensitive content in the film, not just profanity and nudity but graphic depictions of the brutality against Jews by the Nazi regime.

“In all my years doing it, I don’t think I ever had anyone say no,” said Bjorneberg, who retired in 2020. “I was thankful for that.”

Watching legislative action involving public education, the Black Hills State University alum is concerned about South Dakota teachers in the future not having the same freedom. He worries that prohibiting “inherently divisive concepts” will result in a sanitized version of historical events rather than the raw reality of human behavior.

“Does this mean teachers can’t talk about slavery, Jim Crow laws and the civil rights movement?” said Bjorneberg, who taught American Government, American History, World Geography and World History at Parker, about 20 miles southwest of Sioux Falls. “How deep does this go and who is making these decisions? It’s kind of frightening for those still teaching.”

Bjorneberg once asked a German exchange student, “Did you guys talk about Hitler in school?” The student replied that teachers in Germany went into expansive detail about the atrocities that were committed during World War II rather than attempting to whitewash those events. “It’s sort of like that old saying,” said Bjorneberg. “Those who are not willing to learn from the past are condemned to repeat it.”

The most effective teachers, he said, use state standards as a basis for curriculum and employ their training and instinct to add educational insights, with the goal of igniting a passion for deeper inquiry and dialogue among their students.

Bjorneberg recalled teaching about the Ku Klux Klan and the killing of civil rights workers depicted in the movie “Mississippi Burning,” stressing to his students that he was alive when those events occurred. “Wait,” one of the students replied. “That actually happened?”

In a community with a population that is 95 percent white, he found those candid conversations to be valuable. Bjorneberg, who also ran Parker’s successful track and cross coach programs, added that the administration was supportive of his classroom efforts.

“Standards and curricula offer guidelines, and you add in the stuff that you think will enhance that,” he said “I don’t think being told specifically what you can and can’t teach is a good thing. Would I still have taught what I taught all those years if I wasn’t supposed to be doing it? I think I would have, yes. If it caused problems, we would handle it the best way we could.”

‘The textbook is there as a framework’

Sandi Hurst figured the actual words of former slaves from the American South were a good way to present the nation’s true and honest history.

The longtime history teacher at Memorial Middle School in Sioux Falls showed her students a documentary called “Unchained Memories,” in which actors read the recollections of former slaves who were interviewed by the Federal Writers’ Project in the 1930s.

“It painted a picture of slavery that we as teachers weren’t able to convey,” said Hurst, who retired in 2021. “I’m sure there were people who might not have been comfortable with all the images and narratives, but it was an accurate picture of what happened.”

Hurst started teaching at Memorial Middle when it opened in 1995 after earlier stints in Hartford and Sioux Falls. She views recent efforts from Noem and state legislators to control curriculum as damaging interference into the teaching profession.

“It puts history teachers in an exceptionally difficult place,” she said. “When you use terms like ‘inherently divisive concepts,’ the wording is so ambiguous depending on a person’s perspective, and could set history teachers up for possible action if parents or students disagree with what’s being taught. Based on that executive order, a teacher could be accused of doing something illegal.”

She taught standard and accelerated history and took particular pride in her students’ National History Day research projects, several of which were selected for display at the national competition in Washington D.C.

“Teachers teach the concepts and encourage students to be critical and independent thinkers,” Hurst said. “You can only do that by examining all facets of historical episodes, including causes, backgrounds and viewpoints of all populations.”

Her favorite part of the school days were classroom discussions, which allowed her to act as moderator as students expressed their views. She noticed Native American students who had not always participated become more involved in sessions about the Indian Removal Act or Wounded Knee, allowing white students to hear perspectives they might not otherwise have encountered.

“The textbook is there as a framework,” said Hurst, “but there is so much else that we can bring in as well, depending on the students’ needs and interests.”

‘You can’t teach from the perspective of one race’

Jim Holbeck believes he became a better teacher when he learned to respect the views and experiences of those he was trying to inspire.

One of those lessons came during an elementary curriculum class he took in graduate school, where the professor talked about how Thanksgiving art typically includes Pilgrim hats and Indian feather bands. “The teacher was saying, ‘Are these stereotypical images?’” Holbeck recalled. “And it made me think about a Native kid sitting in the classroom and what he or she would think.”

Views on this issue have evolved for Holbeck, a former Harrisburg High School superintendent who serves as board development director for the Associated School Boards of South Dakota. Before arriving in Harrisburg, he taught government and U.S. History for 27 years in rural communities such as Bridgewater, Viborg, Parker and Clark.

“It’s not very hard to have conversations when you’re in an all-white, mostly Christian classroom,” Holbeck said. “I remember the first time I had a Black student in my classroom, teaching U.S. history and being worried about how this one student was going to feel when we talked about slavery. I think that’s the big picture here. You can’t go into this thinking we’re going to teach history from the perspective of one race, religion or party. You’ve got to understand that there’s other students there, too.”

In addition to seeing increased diversity in the Sioux Falls School District, where Hispanic and Black students make up more than a quarter of enrollment, Holbeck works with schools with high populations of Native students. He stresses that racial and ethnic sensitivity and awareness should not be confused with biases or “race shaming” on the part of educators.

“We’re going to hamstring these teachers to be afraid of what they’re able to talk about because kids or parents might complain,” Holbeck said. “When I was going to school, my parents were very much working hard in their lives and sent their kids to public school with the faith that teachers were going to give them a good education. Now we have this Burger King mindset, where people say, ‘I’m going to order my own public education and pick and choose what I want on my burger,’ and that’s not a positive change.”

Even though Holbeck initiated a state Senate campaign as a Democrat in 2012, his government students were oblivious of his political affiliation during his teaching days. That’s the way he wanted it.

“I wasn’t teaching them to be Republican or Democratic,” said Holbeck. “I didn’t want my own beliefs and philosophies to be pushed on kids, and I don’t want today’s teachers to do that. I tell teachers, ‘You do not have the prerogative to stand in front of students and push your belief on a social issue as to what is right and wrong.’ Society hasn’t solved some of those issues, and we’re not going to fight them out in our hallways.” 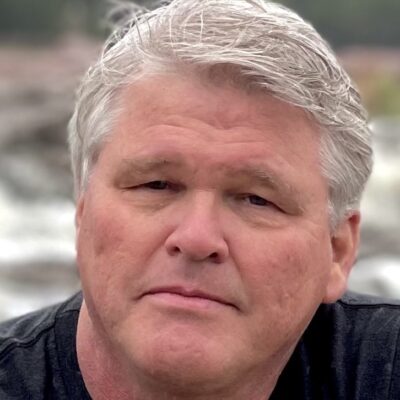