News Watch is the state’s only non-profit journalism organization that is funded solely through donations and grants.

The material submitted in the Ongoing Coverage category was then selected as the best among the winning entries from all 10 contest categories, earning Pfankuch and Lowrey the title of Glenn Cunningham Agriculture Journalist(s) of the Year.

The winning entry for the Cunningham award was selected as best from a combined 239 entries that were submitted in the 2021 contest held by the journalism organization that since 1952 has sought to “to promote the highest ideals of journalism and agricultural coverage” among media outlets in the U.S. and Canada.

This marks the second year in a row that Pfankuch has won the Cunningham award, making him the first repeat winner in consecutive years since the award was launched in 1960. Past winners have come from news outlets such as the Washington Post, Wall Street Journal, Bloomberg News, Congressional Quarterly, Reuters, Dallas Morning News, Minneapolis Star-Tribune and the Des Moines Register, where Cunningham was a longtime journalist. 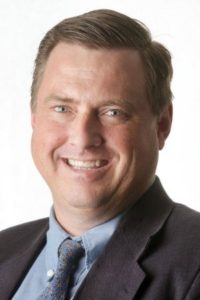 “We are very pleased and proud to be honored for our work, particularly when it comes to in-depth coverage of South Dakota’s largest industry,” said Randell Beck, co-chair of the News Watch Board of Directors. “This is a reflection of our continuing commitment to excellence at South Dakota News Watch.”

Veteran journalists from the U.S. and Canada were independent judges of the submitted work.

The Technical Writing entry from News Watch was composed of two stories related to COVID-19 outbreaks in U.S. meatpacking plants, including at the Smithfield Foods plant in Sioux Falls. One investigative article examined how lax federal regulation and a failure to properly respond to previous outbreaks of infections at meatpacking plants allowed the virus to flourish and sicken many plant workers in 2020. The second article revealed that a report by the federal Centers for Disease Control and Prevention on the outbreak at the Smithfield plant in Sioux Falls was released, then pulled back and re-released with watered-down safety recommendations that reduced protections for workers.

The entry was ranked best among 32 entries in that category, and prompted the judge to write: “Clearly exploring a regulatory topic is difficult under the best of circumstances. Doing that while the news continues to break all around you is nothing short of impressive. The reporters told a compelling story, laying out a history of regulatory failures that helped enable a virus to shut down the the majority of the nation’s meat packing plants. Well-organized, well-sourced, well-researched and exceptionally well-written, this story rolls like a freight train from beginning to conclusion.”

The Ongoing Coverage winning entry, named best among 26 entries in that category, examined the many ways that the COVID-19 pandemic affected agriculture in South Dakota and was comprised of nine separate articles. The winning entry included articles on how the pandemic upended the beef, ethanol, pork and sheep farming industries in South Dakota, and also featured articles on how the pandemic was reshaping small towns and affecting rural healthcare systems across the state.

Other winning category entries considered for the Cunningham award came from USA Today, the Midwest Center for Investigative Reporting, the Center for Public Integrity and DTN/Progressive Farmer among others.

The breadth and depth of material in the Ongoing Coverage entry from News Watch stood out to the judge of the Cunningham award, who noted that, “All the entries were well done … but in the end, I was most impressed with the work of Bart Pfankuch and Nick Lowrey of South Dakota News Watch. They approached the topic of COVID’s impact on their state’s agricultural industry from so many angles that might not have been readily apparent at first. They got on top of the story from the beginning. I feel like they did their readers a huge public service, looking at everything from how beef producers, sheep farmers, and corn growers were being affected to the impact on small towns and healthcare systems.”

The judge concluded: “If anyone in South Dakota was tempted to think that this [COVID-19] was an urban problem that would not profoundly impact rural lives, reading Pfankuch’s and Lowrey’s stories would quickly disabuse them of that notion.”

Rob Joyce, executive director of News Watch, said the recognition for the work in 2020 was “richly deserved.”

Added Joyce: “This shows the level of journalism that South Dakota News Watch strives to achieve every week of the year.”

Viability of rural ambulance services in S.D. at risk due to staffing and funding shortages