A new statewide poll shows that women are less supportive than men when it comes to almost every aspect of the performance of Gov. Kristi Noem, a Republican who is the state’s first female governor.

The poll of 600 residents was conducted from Oct. 22-28 and sponsored by South Dakota News Watch and the Chiesman Center for Democracy at the University of South Dakota.

To learn more about what women are thinking and feeling about the governor and her actions, News Watch interviewed a few South Dakota women who were provided some of the News Watch/Chiesman poll results in advance. Here are some of their responses.

Nicole Heenan, 38, is a mental-health therapist who owns the Dharma Wellness Institute in Rapid City.

In emails with News Watch, Heenan wrote that she supports Noem’s decision not to lock down commerce in the state while also providing financial support to businesses and individuals hurt by the pandemic.

“It’s important for me to say as a small business owner, I’ve truly appreciated Noem’s response to the pandemic,” said Heenan, who is still taking on new clients and hosting virtual counseling sessions. “Her response, undoubtedly, saved my business.” 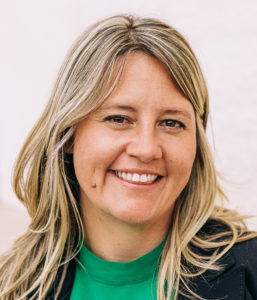 Yet as a licensed counselor and the mother of 18-year-old twins, Heenan is less supportive of Noem’s hands-off response to instituting precautions against the pandemic, including her reluctance to push the widespread use of masks.

Heenan, a fifth-generation South Dakotan and registered Independent who ran unsuccessfully for the Pennington County Commission in 2018, said she also feels that Noem has used the pandemic as a platform to advance her political career and push her own re-election. Heenan said Noem appears unwilling to implement COVID-19 restrictions because it could hurt her politically.

“My criticism comes with the belief that Noem’s current efforts are more about getting re-elected than taking care of her at-risk constituents,” wrote Heenan, who is the South Dakota president of the American Association of University Women. “It’s in my humble opinion that she’s too afraid to impose a mask mandate, to mitigate additional stress to our state, for fear of losing power.”

Heenan said Noem has not expressed much sympathy or empathy over the human costs of the pandemic, including for those who have died or been sickened and their families, or for the health-care workers who are enduring the trauma up close on a daily basis.

“It’s not too late to implement a mask mandate now; it would save lives and reduce stress on our healthcare system and its workers,” Heenan said. “We’re seeing communities and relationships break down because we have a leader who’s afraid to lead and to enforce the use of masks. If Noem would use that power, county and municipal governments could redirect their energy into other issues; families and social communities could put the arguments aside and start to heal and rebuild. We elect leaders to make tough choices and she’s failing to do so.”

Eileen Rossow, 72, owns Peregrine Pointe Bed and Breakfast southwest of Rapid City and supports Noem’s approach of not imposing restrictions on businesses or mandating their closure during the pandemic.

Rossow shuttered her lodge from March to July but has rebounded with a strong summer season at the small inn that has five guest suites on 15 acres of Black Hills woodlands. Rossow regularly wears a mask and has taken a wide range of steps, including promoting social distancing, to keep guests safe from the coronavirus.

Her website describes virus precautions that include bleaching bedding and towels after use, sanitizing rooms with UVC lights and providing hand sanitizer in public areas.

Still, Rossow is in favor of Noem’s statements supporting the rights of South Dakotans, business owners and visitors to decide for themselves what level of precautions to take. She does not think mask mandates by government are effective in slowing the virus.

“We’re all adults, we take the responsibility for our own lives and if you do stupid things and get the virus, that’s on you,” she said. “It’s not on somebody else or on the governor or on a mayor to tell you, and to hold government officials responsible for a virus I think it basically stupid.”

Rossow, a registered Independent, called Noem “a typical independent South Dakotan” who should not be held responsible for solving health-care challenges facing the state.

“I don’t know what the governor can do to manage health-care challenges; that’s up to the general public and the health-care community,” Rossow said.

Rossow, who does not have children, said she understands that some women might not support Noem and her hands-off approach to the pandemic because women are more likely to be responsible for the health and education of their children during a time of great tumult.

After several months of speaking with her guests, many from out of state, Rossow said Noem has widespread support outside of South Dakota, and those discussions led her to offer another reason why men may support the governor more than women.

“I have to tell you, and you’re probably going to dismiss this, but maybe it’s because she’s pretty. Maybe that’s why women aren’t as supportive,” Rossow said with a chuckle. “And the guys have always said she’s not too bad to look at either.”

Noem’s refusal to wear a mask and her questioning of the efficacy of masks are examples of how the governor has put her own views and political aspirations above the health of the people of South Dakota, according to Leslie Gerrish, a parent of two and owner of The Bean coffee shop in Vermillion.

Gerrish, a registered Democrat, said she at first supported Noem’s efforts to contain and combat the virus, including her recommendation to close schools in April and her initial support for limiting gatherings, travel and commerce. “I found her calming and reasonable and comforting at the beginning,” said Gerrish, 40.

But in the months since, Gerrish said she has been turned off by Noem’s cavalier attitude toward the virus and the death and devastation it is causing in South Dakota.

“I disapprove of her performance and I strongly disagree that she cares about the health and safety of my community,” said Gerrish. “I don’t feel she’s taking everything about the virus seriously; it feels like it’s second or even third on her priority list.”

As a mother and business owner, Gerrish said she has been put off by Noem’s frequent out-of-state travel and her recent ad campaign that promoted “Less COVID, more hunting” and which showed the governor shooting a pheasant. The governor’s ads also promote the sale of T-shirts, with proceeds going to her re-election campaign account.

“People have lost people, and are hurting financially, and she’s out hunting and making T-shirts,” Gerrish said. “Whether you want to keep the economy going or not, there should be no jokes right now and nothing flippant.”

Gerrish said she and other women she knows are suffering deeply during the pandemic, both emotionally and economically.

Gerrish has lost significant revenues at her store, which now serves only carry-out, uses online ordering and requires masks of all employees and patrons. Her side business as a contract event planner has dried up completely. She has also taken on more of the stress of caring for her children during a very stressful period.

Gerrish said Noem has seemed tone-deaf in her public statements and frequent appearances on conservative national TV outlets, where she boasts that South Dakota is open for business, relocations and vacationing, and trumpets her hands-off approach to the virus at a time South Dakota cases and deaths are spiking.

“I want her to follow the science in this, but also just be present and show us she cares,” Gerrish said. “Show me you care; say the words, ‘I care,’ and talk about the people who are suffering. This is a health emergency and she’s done nothing to say that we should be sticking together, that we can be safe together.”

State Sen. Deb Soholt, R-Sioux Falls, said she generally supports the efforts of Noem and her administration in trying to handle the virus.

“I think that essentially she and her team have been working very hard to try to bring us through this pandemic and I really respect the work they have done,” Soholt said. “I do know our governor is working very closely with our health systems.”

But as a nurse and mother, Soholt, 64, said she believes masks help prevent the spread of the coronavirus and disagrees with Noem’s hesitancy to wear a mask, urge or mandate their usage and promote their effectiveness.

Soholt said she had recently visited two other states with Republican governors — Arizona and Utah — where mask use was supported and she saw greater use in public. As a result, she felt safer in moving about and participating in the local economy.

“On this issue of masking, I do disagree, but reasonable people will disagree; it doesn’t mean I think she’s a terrible leader,” Soholt said. 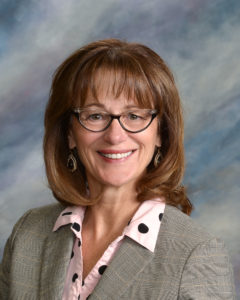 Noem has opposed mask mandates and has repeatedly stressed that individuals can decide for themselves whether to wear a mask. Soholt said that even a short-term, widespread mask mandate in South Dakota could slow the spread of the virus and likely save lives.

“This is where our rugged independence kind of gets in our way of looking out for our collective community,” Soholt said. “My mask is about caring about you, and your mask is about caring about me. To me, with this virus, it’s one of those things where every now and then, we have to rise up tougher as people and care about each other more than we care about ourselves.”