As the South Dakota Legislature prepares to undertake impeachment proceedings against Attorney General Jason Ravnsborg, who killed a pedestrian with his car in 2020, a new poll shows that a strong majority of state residents is in favor of removing him from office.

The late October poll of 500 registered voters in South Dakota showed that 66.8% of respondents strongly or somewhat support the removal of Ravnsborg by the Legislature, with 13.8% opposed and 19.4% undecided. Of all 500 respondents, 44.6% were strongly in favor of removal.

When the undecided respondents are removed, support for removal is even stronger, with 82.8% of those who have formed an opinion supporting removal.

The telephone poll conducted by Mason-Dixon was done on behalf of South Dakota News Watch and the Chiesman Center for Democracy at the University of South Dakota. The poll is the latest effort in the ongoing series of “South Dakota Matters” community conversations and polls sponsored by News Watch. The margin of error is plus or minus 4.5%.

Ravnsborg, a Republican, is facing impeachment in the wake of a Sept. 12, 2020, car accident in which Ravnsborg struck and killed 55-year-old Joe Boever, who was walking along U.S. Highway 14 near Highmore, S.D. Ravnsborg later pleaded no contest to two misdemeanors of illegal lane change and using a cell phone while driving. He was fined but served no jail time.

Ravnsborg has faced strong criticism over his actions the night of the crash and since then, with Gov. Kristi Noem calling on him to resign. Ravnsborg, who was elected to a first four-year term in 2018, has refused to resign.

One South Dakota political science professor said the poll results are not unexpected given the high-profile nature of the case, and that a pedestrian was killed by the state’s top law enforcement official who admitted being distracted behind the wheel and who pleaded guilty to two crimes.

“It’s fairly obvious that a strong majority of South Dakotans are in some way, shape or form in favor of removing the attorney general from office, and I don’t think that’s all that surprising,” said Jon Schaff, government professor at Northern State University in Aberdeen.

“When a high-ranking government official, especially the chief law enforcement official of the state, hits and kills somebody, whatever the legal liability may be, it sort of damages your credibility as you represent the state in a court of law, and one big question is, ‘How can this guy operate effectively moving forward?’” Schaff said. 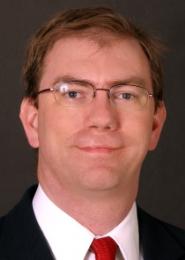 Even if lawmakers say they will base their impeachment and removal decisions solely on the facts of the case, Schaff said the results of the statewide poll will almost surely factor into their final votes.

“I think it’s inevitable that public opinion is going to play a role, and it should because the nature of the process is a way of saying that someone has so misused their office that they need this kind of punishment,” he said. “Impeachment has the trappings of a court of law, but it is really the people speaking out through their elected representatives.”

Both chambers of the South Dakota Legislature approved petitions in 2021 to begin impeachment proceedings against Ravnsborg, and a special session to begin the process is set for Nov. 9. The House of Representatives has appointed a nine-member panel to investigate the case; if the House panel votes in favor of impeachment, a majority of the full House must vote in favor of impeachment for the case to proceed. If it does, Ravnsborg would be suspended from office and the Senate would then serve as a jury in the case, with a two-thirds majority of the Senate required to remove Ravnsborg from office.

South Dakota has never before undertaken the impeachment of a sitting elected statewide official.

One person with high interest in the Ravnsborg case — Boever’s cousin Nick Nemec — was pleasantly surprised by the high level of public support for removal of Ravnsborg.

“I’m glad to see that the citizens of this state support his removal from office because Ravnsborg is a walking disaster,” said Nemec, a Hyde County rancher.

Nemec said the public has apparently watched the Ravnsborg case closely and has formed strong opinions about impeachment and removal.

Nemec said Ravnsborg has proven himself unfit for office both on the night of the fatal crash and since. According to an investigation, Ravnsborg said he was using his phone just before the crash, and that he thought he had hit a deer. Marks on the pavement show he left the travel lane before impact.

He pulled over and called authorities, but Boever’s body was not discovered that night. Ravnsborg was allowed to use a local sheriff’s personal vehicle to drive home, and found Boever’s body in the ditch the next morning when returning the car. Nemec said Ravnsborg’s testimony that he didn’t know what he had hit was brought into question when investigators pointed out that Boever’s glasses were found on Ravnsborg’s front seat.

Nemec was also outraged that before trial, Ravnsborg’s attorney raised the possibility that Boever was suicidal and had thrown himself in front of Ravnsborg’s car. Nemec was also upset that Ravnsborg was cited for driving 57 mph in a 35-mph zone in Pierre just before sentencing and has a history of moving violations on his driving record.

Yet Nemec said the poll results should not weigh into the decision by lawmakers on whether to impeach Ravnsborg.

“The Legislature should look at the facts of the case, and the facts indicate that Ravnsborg has proven by his actions that he is not qualified to be the attorney general of South Dakota,” Nemec said. “He’s shown disregard for the laws of the state, and he’s gotten special treatment that would not be afforded to any other defendant, so he should be impeached on the facts at hand.”

Nemec added, however, that the strong public support for removal, especially among Republicans, may provide cover for the GOP majority in both chambers to vote in favor of removing Ravnsborg from office.

“Maybe the public support will give some legislators comfort that they won’t be attacked for their vote to impeach,” he said.

In statements made to the public and press, Ravnsborg has expressed sorrow for Boever and his family, but he has also denied culpability. After sentencing, Ravnsborg released a statement saying he was unfairly treated by “partisan opportunists” who had “manufactured rumors, conspiracy theories and made statements in direct contradiction to the evidence.”

POLL RESULTS: Do you support or oppose the Legislature removing Attorney General Jason Ravnsborg from office?

The poll results in favor of removal from office may also highlight public sentiment that Ravnsborg has not shown remorse, or enough remorse, over his actions and the death of Boever, said Michael Card, political science professor at USD.

“I think the public is a little disillusioned with the fact he got no jail time or even supervised release, so it looked like he didn’t even get slapped on the wrist,” Card said. “And certainly, the post-accident behavior also fails the smell test.” 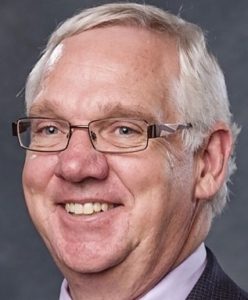 Lawmakers may be getting feedback from constituents who are unhappy with how Ravnsborg has behaved, both the night of the accident and beyond, Card said.

“It does seem to me that lawmakers will take this into account, because they’re people, too, and they’re looking at this and saying, ‘There’s no remorse, he handled this wrong all the way around, and we’d be better off without him as attorney general,’” Card said. “I don’t know that he belongs in jail, but I don’t believe he should be attorney general.”

Card cautioned the public not to expect a quick resolution to the impeachment process, which he said is new to lawmakers and could easily extend into the 2022 legislative session.

Card said the support for removal among Republican respondents does not bode well for Ravnsborg’s political future even if he is not impeached. Former Attorney General Marty Jackley, a Republican, has indicated he will seek the GOP nomination for the next attorney general election in 2022.

“It would seem that whether he’s impeached and removed from office or not, he’s got a tough road ahead of him to be re-elected,” Card said.

Schaff said Ravnsborg may have employed a solid legal defense in the fatal accident by denying responsibility and using lawyers to speak on his behalf. But the court of public opinion, he said, can judge people differently than would a court of law.

“What was a good legal strategy for him may not be a good political strategy for him,” Schaff said. “He basically lawyered up, and now people can say that he was evading responsibility, which from the legal side is the right thing to do, but politically is very problematic.”