Funeral director Mitch Steinhoff’s alarm goes off at 4 a.m. most days so he can get in a few hours of work before the phones start ringing at 8.

One call can change the whole day in the funeral business, and for Steinhoff, owner of Eidsness Funeral Home in Brookings, the phone rings more often in recent months as more South Dakotans die amid the coronavirus pandemic.

“We ended up serving 25 families in some capacity in November,” he said. “Typically, we would serve seven or eight.”

Many funeral home directors across the state say they have seen double or triple the usual number of deaths in the past few months as the COVID-19 pandemic has dragged on. Materials such as personal protective equipment, caskets, body bags and gloves are in short supply, and wait times are increasing for cremation services.

Meanwhile, they’re working with families who aren’t able to grieve as they normally would before the pandemic. Families may not have had a chance to visit loved ones before they died, may have been exposed to the coronavirus themselves or may have to wait until the virus is under control before holding a more traditional funeral service or remembrance ceremony.

The roughly 340 licensed funeral directors and embalmers in South Dakota are playing a small but essential role in the response to the pandemic and like many others, they have faced a new normal that has been challenging and at times, heartbreaking and lonely.

In Redfield, for example, the local nursing home and its residents were hit hard by COVID-19, resulting in several elderly deaths.

“It’s been just horrendous,” said Kelly Hyke, owner of Hyke Funeral Home in Redfield. “I think we are the forgotten people of covid.”

In South Dakota, nursing homes and long-term care facilities have been hit particularly hard by the pandemic, and a majority of the 1,450 deaths reported have been people over the age of 80, according to data from the state health department.

Funeral directors have been taking additional precautions in transporting and embalming bodies since the start of the pandemic, regardless of the cause of death.

“I treat every body now like it may be infected,” said Wade Wilson, a funeral director at Behrens-Wilson Funeral Home in Rapid City.

In the past, human remains may sometimes be moved by someone wearing only protective gloves, but with the airborne transmission of COVID-19, the times when the body is moved are most dangerous. When a body is moved, there is a chance that air is expelled through the mouth or nose, according to Jack Mitchell, spokesman and board member for the National Funeral Directors Association.

Overall, however, the risk of contracting COVID-19 postmortem is very low, Mitchell said.

The risk to funeral directors is higher, though, when the deceased person must be removed from a nursing home where an outbreak has taken place, and the protocol now is to wear a gown and other personal protective equipment before going inside.

For some funeral home workers, the extra precautions and protective equipment have forced a renewed commitment to safety and hygiene.

“If I’m taking anything good out of it, it’s helped us refresh on things we’ve maybe gotten complacent with over the years,” said Justin Nelson, funeral director at Mason Funeral Home in Winner. 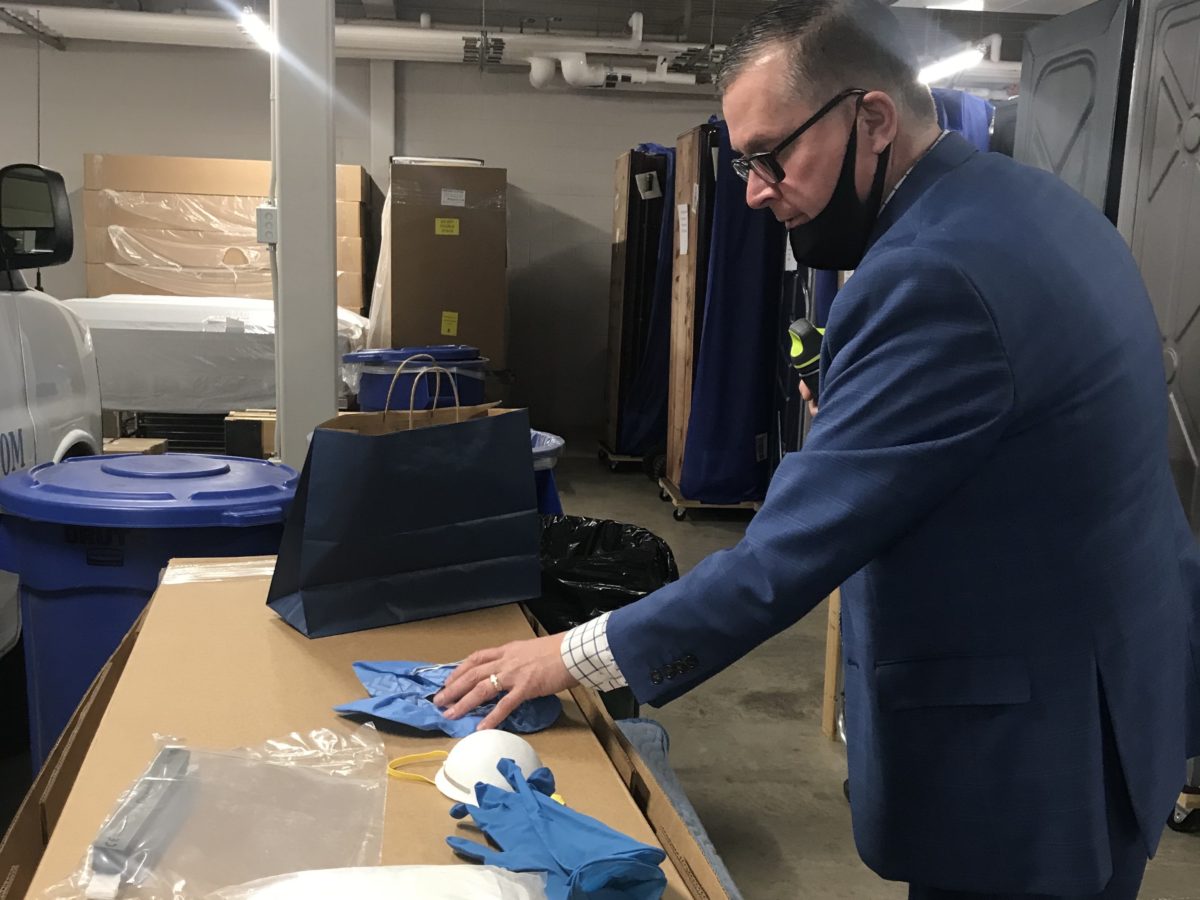 Some homes hit harder than others

In Sioux Falls, George Boom Funeral Home has been busier than usual but not overwhelmed, said manager Phil Schmitz.

The funeral home opened a new facility in east-central Sioux Falls in 2017, and with that came about three times more space than its previous location. The business is also looking to add a second crematory in the coming months to keep up with current and projected future demand.

In Brookings, Steinhoff took a proactive approach as soon as he saw what the coronavirus was doing to overwhelm funeral facilities in New York earlier in the year. 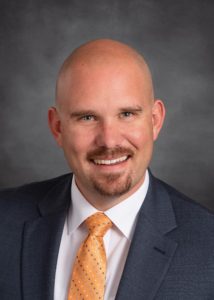 He added a storage and cooling facility that can hold six to 10 bodies, which is several times more storage than most small- to mid-sized funeral homes. The storage space has been full since October.

In smaller areas, a spike in deaths is felt more intensely. Hyke is the only funeral director in Spink County, so when a local nursing home saw an outbreak in cases and deaths, he was the only one available to handle the cases. As is the nature of small towns, those calls rarely came from strangers.

“We see these people every single day in the grocery store, at the post office, here at the funeral home, so it makes it tough because you have that connection,” Hyke said. “But it’s also a good thing because, I think, knowing the families, we give them excellent service.” 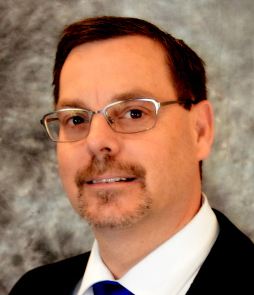 “We see these people every single day in the grocery store, at the post office, here at the funeral home, so it makes it tough because you have that connection ... but it’s also a good thing because, I think, knowing the families, we give them excellent service." -- Kelly Hyke, funeral director in Redfield

Nelson said that in Winner, this year has been the busiest he has seen in his 11 years as funeral director. But he said things don’t feel all that different day-to-day, with the exception of hosting fewer mourners than usual.

Because the surge in deaths hit South Dakota several months into the pandemic, funeral homes had time to stock up on personal protective equipment, embalming chemicals, caskets, cremation materials and other needed supplies. But when it comes to reordering, directors need to order early and often.

“Our regular suppliers, their cupboards were bare pretty quickly when the pandemic hit,” said Mitchell, the national trade group official.

That means orders are taking longer to arrive. It also means fewer options are available, so directors have to take what they can get.

“There’s a certain body bag that I like,” said Wilson of Rapid City. “There’s a certain glove that I like, but I don’t have that luxury to get what I like anymore.” Funeral homes have also absorbed many of the increased costs related to their work during the pandemic, the high costs of PPE supplies among them.

Those are small complaints, Wilson admits, but the limited choices also affect grieving families. They may have a certain casket they like, but it may be on backorder. Funeral homes have been sharing and exchanging these types of supplies as needed, especially in rural parts of the state, but occasionally a director has to go back to a family with bad news.

In Sioux Falls, George Boom funeral assistant Bob Logan, who handles merchandising, said he usually orders cremation supplies once every three months. He’s now ordering about every six weeks to keep up with the additional demand and to ensure they always have materials on hand.

Even though Winner didn’t see a bunch of deaths all at once like some areas, the way some COVID-19 deaths are happening in isolation is emotionally trying for loved ones trying to grieve.

Nelson recalled a family he worked with early on in the pandemic who couldn’t see their ailing father in person before he died. “It just makes a bad situation even worse,” he said.

At a time when some families are unable to be physically close to each other when a relative dies, funeral directors also have to navigate new normals in interactions with those who are grieving.

“You don’t have the closeness with the families,” Hyke said. “We used to go in and give them hugs and shake their hands, and now it’s getting drilled into us: ‘No personal contact; keep six feet away.’”

Hyke, like others across the state, is concerned for the families, but he’s also working to take care of his own health. He doesn’t know if someone he plans to meet may have been exposed to the coronavirus. His small part-time staff hasn’t been working in the office since February. All of them are either over 70 or in the high-risk category, and they cannot risk infection at work. Hyke, himself, worries what would happen if he got sick.

“I’m the only funeral director in the whole county,” he said. “If I would come down with covid, it would shut my business down.”

He’s also one of the directors putting in long days. At the worst of it, he saw five deaths in a 24-hour period in November. Typically that’s how many deaths he’d see in an entire month.

Even in the best of times, funeral directors can be susceptible to “compassion fatigue,” or getting emotionally run down after seeing grief day after day, Mitchell said, and one of his big concerns amid the pandemic is the mental health of funeral directors, especially those in covid hot spots.

Still, there is optimism on the horizon as the rate of new cases slows statewide. Vaccines are also already being distributed to medical workers and those in nursing homes.

But when it comes to grieving, some fear it may take years before the full impact of the pandemic is known. Even in a state like South Dakota where most places have no restrictions on gatherings, attendance at funerals has been consistently low.

Some families got creative and help drive-up visitations, where mourners could greet family members one at a time from their vehicles at a safe distance. Others held luncheon services outside when it was warm enough to do so. A few chose to hold only an intimate graveside service with plans to do a larger celebration down the line.

Statewide, there’s consensus that live-streaming funeral services online is a trend that will stick around long after the pandemic ends.

The pandemic has led to an increased awareness of the essential service funeral directors provide and the importance of funerals in the grieving process, Mitchell said. Pre-pandemic, he saw an increasing number of people treating funerals and visitations almost as an inconvenience.

“Everybody’s become so busy,” he said. “We’re kind of hoping that people who do value a more traditional type of service who have been denied that because of the pandemic, that they’re going to share the message that those gatherings are important.” 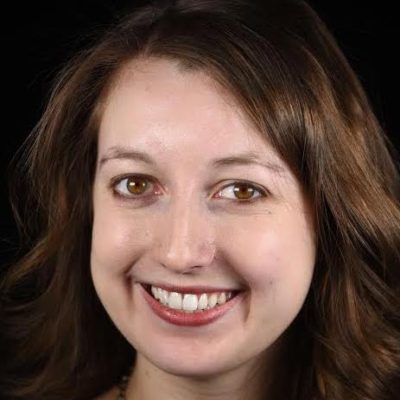 Megan Raposa is a freelance journalist and entrepreneur in Sioux Falls, S.D. She previously worked as an editor for the Sioux Falls Argus Leader.