Ferguson comes to News Watch from the Argus Leader of Sioux Falls, where she most recently served as the Watchdog Reporter for Law and Order. Ferguson, a native of Salem, South Dakota, spent the past five years in eastern South Dakota covering breaking news, municipal government, the prison system and the law enforcement community for the Argus Leader.

Ferguson is a graduate of Iowa State University, where she served as editor of the college paper. She joins South Dakota News Watch as our second full-time investigative reporter.

“We’re excited to welcome Danielle to News Watch and expand our reporting staff to continue to keep the citizens of South Dakota informed about important issues,” said News Watch Content Director Bart Pfankuch. “Danielle has deep knowledge of her home state and is eager to begin reporting on topics that really matter to the public and policymakers across the state.”

Ferguson’s first day was April 1, 2021. You can contact her at Danielle.Ferguson@SDNewsWatch.org. 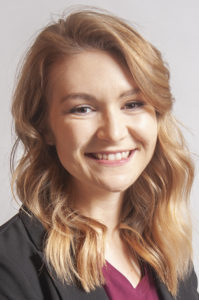