Legalization of marijuana in South Dakota could provide a new, lucrative economic-development opportunity for Native American tribes and tribal members who have historically struggled to find prosperity and stability in the state economy.

Voter-approved measures to legalize marijuana in South Dakota may be on hold or stalled for the time being, but planning and research into creating a regulatory framework and business opportunities surrounding legal pot are continuing.

As those discussions and proposed legislation move slowly forward, it is becoming increasingly clear that South Dakota Native tribes and communities have advantages in entering the legal marijuana market quickly and with a high chance of success.

As shown in Western states that have already legalized marijuana, Native tribes that operate as sovereign nations have found the marijuana industry to be a path to creation of new jobs, generation of tax revenues and redevelopment of communities that have often suffered economic hardship.

“It’s a new industry that brings new challenges to a tribal government, but it also brings forward a demographic of people who weren’t welcomed at the table before,” said Laurie Thom, enforcement director at the Inter-Tribal Marijuana Enforcement Commission of Nevada. “Not only does it allow tribes to thrive, but it allows individual tribal members to spread their wings and their skill sets.”

South Dakota voters in November approved a statewide initiative to legalize medicinal marijuana and passed a constitutional amendment legalizing the possession, use, growth and sale of recreational marijuana for adults. Both measures were set to take effect on July 1.

“I think it has a very good chance to provide an economic engine that could transform tribal communities,” he said.

Heinert, a member of the Rosebud Sioux Tribe who is the minority leader in the South Dakota Senate, said several factors may give an edge to tribal governments or individual tribal members who pursue economic development related to legal marijuana.

Heinert said tribal governments are smaller and more nimble than state government in regard to issuing permits or licenses related to the growth, production or sale of marijuana.

“The biggest thing is that we can move faster,” Heinert said. “We have a land base; we have lots of people who are looking for work, and it is something that would be new.”

Heinert said residents on reservations and in tribal communities in South Dakota voted overwhelmingly in favor of legalization of both medical and recreational marijuana in November 2020. 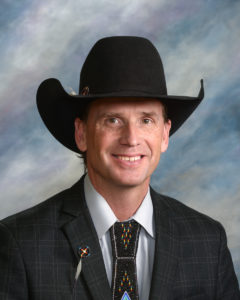 "I think it has a very good chance to provide an economic engine that could transform tribal communities." -- State Sen. Troy Heinert

Rep. Mike Derby, R-Rapid City, is a leader of the legislative Cannabis Caucus who has submitted a detailed plan to create a regulatory framework for legal recreational marijuana in the state. His measure, House Bill 1225, is still moving forward despite the recent court ruling, Derby said.

The caucus has invited tribal members and officials to its meetings to discuss potential opportunities for economic development surrounding marijuana legalization.

“This is part of answering the question, What can we do legislatively to help residents of our tribes and reservations?” Derby said.

Derby said he has learned that the potential exists for businesses owned by tribes or tribal members to develop a vertical industry platform, or “Seed to Sale” operation, in which a business grows, tests, packages and then sells marijuana and related products.

“We absolutely see an opportunity there,” Derby said. “It’s about jobs and job creation.”

Heinert said tribes must be careful to not jeopardize any federal funding by moving too quickly to implement legal marijuana sales, which remains illegal under federal law. The signing of administrative compacts between tribes and state or federal governments related to marijuana is common in other states.

Heinert added that the administration of President Joe Biden appears willing to support Indian tribes and any efforts that create economic development in tribal populations.

The development of a highly regulated system of growing and selling marijuana could be a way to rapidly expand development of infrastructure and the economy of Native communities, Heinert said. Many reservations now see significant spending by tribal members off of reservations because there is not a strong retail economy on reservations.

“That money would be turning over in our communities and that’s something we really need,” he said.

One S.D. tribe ready to engage

The Flandreau Santee Sioux Tribe in eastern South Dakota is keeping a close eye on marijuana legalization and is positioning itself to be an early adopter when it comes to creating new businesses related to marijuana, said Monte Lovejoy, coordinator of Native Nations Cannabis, a business run by the tribe.

“Once everything is figured out and all the wrinkles are ironed out, we definitely want to be a player in the state,” Lovejoy said. “We want to have a certified business and be a player in this industry.”

The small tribe with about 800 enrolled members drew national attention when it attempted to launch a marijuana operation in 2015 in which it began growing marijuana and planned to open a resort. The moves came after the U.S. Justice Department outlined a new policy to allow Native tribes to grow and sell legal marijuana. Those plans were scuttled and the marijuana plants were burned after South Dakota authorities cracked down on the plans.

Lovejoy said the tribe will take a cautious approach to implementing a marijuana framework that follows or exceeds safety and regulatory standards put in place by the state of Colorado, the first state to legalize recreational marijuana.

“In everything we’re doing [with CBD], we are taking the approach that we want to be as legitimate as possible. We’re raising the bar higher than expected,” Lovejoy said.

The tribe sees legal marijuana as another revenue driver for its people and reservation, which is contained almost wholly within the city of Flandreau, about 45 miles northeast of Sioux Falls. In addition to its CBD business, the tribe also manages an industrial park, raises a buffalo herd and operates a casino, hotel, RV park and restaurant complex.

“Anything we can do will be an injection of revenue into the local economy,” Lovejoy said. “Once this all gets worked out, this new industry is going to bring more jobs.”

South Dakota tribes and entrepreneurs can look to Nevada for guidance on how to promote and guide growth of marijuana-related industries on reservations or in tribal communities.

Nevada voters approved legal use of home-grown marijuana for medical purposes in 2000; legal sales of medical pot began in 2015. Voters approved legalization of recreational adult-use marijuana sales starting in July 2017. As of September 2018, marijuana growth and sales on reservations have been regulated by a new division of state government known as the Tribal Marijuana Enforcement Division of Nevada, which includes the Intertribal Marijuana Enforcement Commission.

As of early 2021, 11 tribal entities have signed compacts, or administrative agreements, with Nevada, setting cross-jurisdictional guidelines for legal growth, sale and use of marijuana on reservations. In all, about 1,100 businesses are licensed to participate in the legal marijuana industry, including cultivation, product testing, distribution and sales, according to state data.

Successful relationships forged between the consulting group and Nevada tribes resulted in development and operation of medical and recreational marijuana dispensaries by the Ely Shoshone Tribe in Ely, Nev., and the Yerington Paiute Tribe in Yerington, Nev.

Both have tribally run dispensaries that opened in 2018 and created about 15 new jobs each, with a potential for 40 to 50 more full-time positions at each.

In April 2020, the consulting group also helped the Winnemucca Indian Colony open a marijuana dispensary that employed eight people to start and turned a profit after just three months of operation, despite offering only curbside service for most of that time due to the COVID-19 pandemic. The dispensary has since generated tax revenues for the depressed colony economy, and has helped pay for a new police station and spurred development of a new housing project, Dittus said.

The consulting group uses a proprietary seed-to-sale software system it developed, and has years of experience working with Native communities to help tribes establish a sound regulatory framework, undergo feasibility studies, find existing or new buildings for use and to establish and run cultivation and retail businesses, she said.

The consulting group has helped tribes build and operate cultivation facilities in rural areas that otherwise would be unlikely to see such significant infrastructure investment, and has repurposed existing buildings to aid in community redevelopment, Dittus said.

“TCC works with Native American tribes to better the entire community by helping them enter the lucrative cannabis industry,” Dittus said. “TCC has the industry expertise to radically impact the quality of life for Native communities across the country.”

Dittus said tribal sovereignty has enabled tribes to write regulations and pass laws more quickly and at any time of year, compared with state government.

“Where states have to pass laws in their legislative sessions, tribes have smaller governments that can move more quickly,” she said.

Five Native tribes in Nevada are sanctioned for marijuana growth and sales by the intertribal enforcement commission, said Thom, the state regulator.

Tribes set up their own systems of regulation and enforcement of marijuana laws, often operating under the guideline of imposing rules that are “as strict as if not stricter” than existing state laws, Thom said. The compacts signed with the state allow for legal sales on reservations and also enable people who buy marijuana products on reservations to carry and use them off the reservation.

Just as states that were early adopters of legalization have aided other states in setting up effective regulatory frameworks, Native tribes across Nevada have learned from one another in how to legally operate businesses that create jobs and tax revenues in their communities, Thom said.

“It’s created a sisterhood of sorts between the tribes,” she said.

One major benefit for tribal marijuana businesses is that the taxes collected on licensing and sales go directly to tribal governments where the business are located, Thom said.

“They’re able to collect those tax dollars and funnel those right back to tribal nation specialty programs or education programs,” Thom said. “They don’t have to turn that money over to the state so they’re able to use that money almost immediately.”

Health concerns rise as dental patients in S.D. put off care during pandemic