The calls for deeper inquiry into the grants follow an Oct. 11 South Dakota News Watch investigation that raised questions about whether Chris Cammack followed the rules of the state COVID relief program.

News Watch showed that Chris Cammack received the grants for a taxidermy business he said is located in Union Center, S.D., but that property records and legislative testimony by Chris Cammack indicate actually operates in Texas. The rules of the South Dakota Coronavirus Relief Fund Program require that businesses receiving grants “must be physically located in South Dakota” in order to qualify.

State Rep. Linda Duba of Sioux Falls, a member of the House Government Operations and Audit Committee (GOAC) and the Joint Appropriations Committee in the Legislature, said the auditing firms the state hired should be investigating the state grants given to Chris Cammack, and that the Legislature should take up its own investigation if the auditing firms do not provide answers.

“I have to believe they [the auditing firms] are looking at it, and if they’re not, we need to find out why,” Duba said in an interview with News Watch. “I think we all want to know how a person who has publicly said, ‘I run my business out of Texas,’ gets a $700,000 grant from the state of South Dakota COVID funds.”

Chris Cammack did not return calls and emails seeking comment for the Oct. 11 article, and did not return an email and phone call seeking comment for this article. Kurt Schlicker, a partner with the auditing firm Eide Bailly in Nevada, which is under contract to audit the South Dakota COVID relief program, declined to comment on the Cammack grants and referred all questions to the state.

Colin Keeler, director of financial systems at the South Dakota Bureau of Finance and Management, which is running the COVID relief program, said the state cannot comment on individual COVID grants or applicants.

Duba said that after she read the Oct. 11 News Watch article, she called Liza Clark, commissioner of the Bureau of Finance and Management, and inquired directly about the legitimacy of the grants given to Chris Cammack.

Duba said Clark told her she could not legally discuss individual applicants or grants.

“I can look Liza in the eye and say, ‘I know you can’t comment publicly, but I sure hope this is one you’re looking at,’” said Duba, D-Sioux Falls. “If something doesn’t come of this, I would think there will be those of us in the Legislature who will start to poke around and ask questions, or ask for a report.”

“My question is, ‘How did it get through in the first place?’” Duba said. “And on the other side of the coin, we’ve had people who had been asked to pay back their grants.”

The calls by lawmakers for further investigation follow the first known indictment of a South Dakota resident on charges of defrauding the state COVID relief program. In a multi-count indictment filed in October by U.S. Attorney Dennis R. Holmes, two men with addresses in Pierre, S.D., James and Levi Garrett, were charged with defrauding the government.

Four criminal counts charge that James Garrett filed fraudulent claims with the Federal Crop Insurance Corp., and one count charges Levi Garrett with crop-insurance fraud. Two other counts in the indictment charge that James Garrett executed a scheme “by means of false and fraudulent pretenses, representations or promises” to illegally obtain South Dakota COVID relief grants totaling $1 million. An attorney representing the Garretts released a statement saying they are innocent and will defend themselves against the charges.

Chris Cammack is not known to be under investigation and has not been charged with any crime at this time. 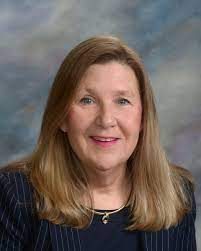 “I think we all want to know how a person who has publicly said, ‘I run my business out of Texas,’ gets a $700,000 grant from the state of South Dakota COVID funds?" -- Rep. Linda Duba, D-Sioux Falls

State Sen. Reynold Nesiba, D-Sioux Falls, said the state, the Legislature or the auditing firms hired by the state should investigate whether Chris Cammack followed the rules of the program and received the grants legitimately.

“This seems like something the lawyers and accountants need to take a closer look at,” Nesiba said. “It does appear to create a need for a further review and audit of whether these expenditures were appropriate.”

Nesiba, a member of the Senate GOAC and also the Joint Appropriations Committee, said he plans to raise the Cammack grants as a topic of further investigation by the audit committee, which was scheduled for a joint meeting of both the House and Senate GOACs on Oct. 27 and 28.

“When we are meeting, I will bring this up and see if this is an issue we should bring up at a future meeting,” Nesiba said.

Nesiba said he was also interested in further review of the COVID relief program overall, which has distributed more than $490 million in payments to 5,833 applicants that included small businesses, nonprofits and health-care providers. 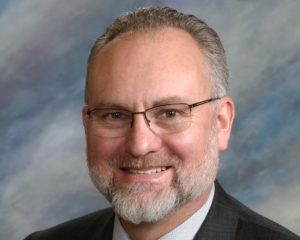 “What I’m also concerned about is, ‘Are there any other cases like this?’ and I’m concerned that this was able to be found by an enterprising investigative reporter and was not caught by the auditing firms,” Nesiba said.

Sen. Kyle Schoenfish, R-Scotland, chair of the Senate GOAC, said nothing related to COVID relief grants has been placed on the committee agenda so far, but Schoenfish said he is generally open to considering matters of concern from any committee member.

State records show Chris Cammack applied for and received $709,792 in state coronavirus relief funds in early 2021 to cover losses he reported during the pandemic at Prairie Mountain Wildlife Studios, which he said is located in Union Center. Cammack also received more than $300,000 in forgivable Paycheck Protection Program loans from the federal government to keep 10 workers at the Union Center location employed.

But a News Watch investigation revealed that a neighbor said there was no recent commercial activity at the Union Center site, and showed that Texas property and tax records show Chris Cammack owns a 7,300-square-foot studio building and he and his wife Felicia own an $880,000 home in Cypress, Texas, near Houston.

Chris Cammack testified before the South Dakota Legislature in March 2020 that his business “outgrew” the Union Center location several years ago, and that he and his wife bought the business in Cypress, Texas, and were running it there. That business, Brush Country Studios, was merged with Prairie Mountain Wildlife Studios and uses the Cypress, Texas, address and phone number on its website.

COVID GRANTS TO SMALL BUSINESSES -- WHO GOT WHAT IN SOUTH DAKOTA?

Here is a look at how the state COVID-19 relief grants were distributed in the small-business portion of the program in 2020-2021. The number of grants and amount of money are based on grant recipients that self-reported the industries in which they operate. Industries are listed by highest grant totals to lowest grant totals.

Notes: Source is South Dakota Bureau of Finance and Management; industries are self-reported by applicants; current as of April 26, 2021; numbers are rounded.

The questions surrounding the legitimacy of the state grants given to Chris Cammack have only added to the disappointment Sioux Falls dentist Nichole Cauwels has felt with the state COVID relief grant program.

Cauwels operates Designer Dentistry & Smiles on 41st Street in Sioux Falls, and though she had a strong summer at her practice in 2020, business fell off by at least 40% when the pandemic hit its peak in South Dakota in the fall.

Cauwels applied for the first round of COVID relief and was denied, but after reporting her lost revenue from the fall, she was sent a $23,051 relief check from the state in round two of the program in early 2021.

Cauwels used the money to help pay for a major upgrade of the air filtration at her practice to make the environment safer for her patients and employees during and after the pandemic. 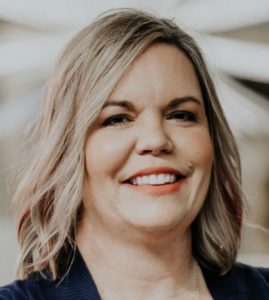 But in April 2021, Cauwels received an email from Guidehouse, the Virginia firm hired by South Dakota to manage its COVID relief program, notifying her she had to return the grant money. After a follow-up phone call with Guidehouse, in which the employee she spoke with seemed highly unprofessional, Cauwels believed the push to get her to repay the grant money was actually a scam.

Cauwels’ accountant eventually confirmed that Cauwels had received the grant money in error, mainly due to a glitch on the Guidehouse website for one day during the application period. She would later learn that the state ruled she had received enough money from the federal Paycheck Protection Program that she did not qualify for state grant money.

Even though Cauwels was told that Guidehouse realized the computer glitch the day it occurred, and fixed it the next day, Cauwels wasn’t told about the error until months after receiving and spending the money. She was told about 100 applicants had the same experience caused by the computer problem.

Cauwels was able to pay the money back, but she remains disappointed in how the situation was handled.

“They knew about the glitch the next day, but they let me go three and half months, and then tell me I have to return that money,” she said. “The sad thing is that they should have never cut me the check in the first place.”

Cauwels said the size of the grants given to Chris Cammack, and the questions about whether his business operates in South Dakota or Texas, made her angry. Cauwels questioned how a taxidermy business, even one that creates large animal trophy rooms, could have lost enough revenue in roughly six months of 2020 to qualify for more than $700,000 in relief payments.

“The money is not paid on a one-to-one basis for losses, so it’s hard to see how they justify that level of grant money,” she said. “I can’t see how they would have enough loss of revenue to qualify even if they were located in South Dakota, which obviously they are not.”

Natalie Stites Means, a Native American community organizer and activist from Rapid City, said she was deeply disturbed to read about the questions surrounding the state COVID grants given to Chris Cammack.

Means said she had heard from several small-business owners in South Dakota, both Native American and non-Native, who were turned down for grants.

“Native Americans are getting cut out of this, and so are other small businesses run by South Dakotans who live and operate in South Dakota, which this business clearly did not,” she said of Prairie Mountain Wildlife Studios.

Means said the state should provide a geographic list of where COVID relief money was distributed across the state and release information about the ethnicity of recipients. Means is collaborating with a national group called United Today, Stronger Tomorrow, which is pushing for more transparency and equity in delivery of billions of dollars in federal COVID relief funding.

“We didn’t see the positive impacts from this money for tribal people, whether they live on reservations or in towns and cities,” she said. “It just angers me that these people are getting money that should be devoted to helping overcome the actual harm many people in South Dakota are feeling.”