One way to understand which issues are most important to the South Dakota Native American community — the state’s largest minority group — is to examine the bills that are filed each legislative session by the handful of Native lawmakers serving in statewide office.

This year, about three dozen bills were filed that directly touch on Native American topics, most proposed by Native legislators but a few by non-Natives.

A review of those measures reveals that one issue tops all others in importance — education, both improving education for Native children and teaching Native history and culture to all South Dakota students. Protecting the inherent treaty rights of Native Americans is also high on the list, as are protection of Native culture and an effort to enhance investigation of cases of missing and murdered indigenous persons.

Sen. Troy Heinert, D-Mission, has made education and care for elders the primary focus of his lawmaking efforts in 2022. Heinert is the prime sponsor of a bill to allow for creation of several Lakota-based language and education schools, and another to put Indian education management back into the Department of Education rather than in Tribal Relations, where he said progress has stalled. Heinert also has a bill to pave the way for a nursing home to be built on the Lower Brule Indian Reservation, which passed in committee.

Heinert’s proposal to open schools using Lakota language and based on Oceti Sakowin Essential Understandings on or near reservations is a way to try different cultural and educational approaches to teaching Native children who often struggle in traditional K-12 public schools, Heinert said.

The legislative process has become a critical way for Native issues to be studied, discussed, understood and hopefully acted upon in South Dakota, Heinert said.

“A lot of these issues have been burning for a long time, and our colleagues and the public aren’t going to know about them unless we bring them forward,” said Heinert, the Senate minority leader. “It’s our job as Native legislators to educate our colleagues about these things that are important.”

Other bills related to education would have mandated that the Oceti Sakowin Essential Understandings, a state-developed curriculum on Native history and culture, be taught in South Dakota public schools. That bill has already failed in committee. Other education proposals would allocate $1.5 million to improve Native student achievement, create scholarships at tribal colleges, create tuition assistance for prospective Native teachers, and require greater focus on reporting of the status of Native education in state schools.

More than 20 bills were filed this session by Rep. Shawn Bordeaux, D-Mission, and several have already been killed in committee.

Yet Bordeaux remains committed to his causes, noting that Native voices often go unheard in South Dakota and that filing so many bills was a way to bring important Native issues to the attention of the Legislature and the public. His proposal to make hunting, fishing and state park entrance free for tribal members failed in committee.

“We’ve got poor people in pockets across the state, and Native people across the state,” he said. “All I’m trying to do is get those folks and their issues to be engaged upon by state government.”

Rep. Tamara St. John, R-Sisseton, said she is confident in passage of her bill to allocate $70,000 to the state Attorney General’s Office to hire a liaison to aid in investigations of missing or murdered indigenous people. 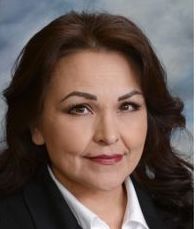 The position was approved last year but never funded, so St. John hopes her bill will fund a state employee who can coordinate casework between state authorities and the Native community, as communication between them can sometimes be less than effective. For instance, state officials may have difficulty working with tribal police or individuals to get photos of missing people or adequate information to expedite investigations.

“I think at times, with rising cases of murdered or missing indigenous people, there often isn’t an assigned person working on that within the tribe, just as there isn’t a person working specifically on that within the state,” St. John said. “It can be very confusing for everybody, given that emotions are running high, so ideally this liaison person would be able to reach out to the tribes and work closely with the AG’s office.”

Her measure, House Bill 1194, was passed 10-1 by the Joint Appropriations Committee and is moving forward in the legislative process.

Below is a look at all the bills filed in the 2022 legislative session that address issues related to the Native American community in South Dakota.

The deadline for South Dakota lawmakers to file bills has passed, so South Dakota News Watch reviewed all bills filed and found that three dozen House or Senate measures were related to Native American issues. Here is a glance at the bill numbers, the prime sponsors, the intent of the legislation and the status of the bills as of Feb. 7, 2022. If no action is noted, the bill has not yet had a committee hearing.

HB 1147 — Bordeaux; provides penalties for businesses that do not accept tribal IDs for identification (failed in committee).

HB 1150/HB 1181 — Bordeaux; prohibit use of cyanide in mining for gold, silver and uranium (both failed in committee).

HB 1187 — Bordeaux; prohibits use of police chokeholds and creates database of police-misconduct cases (failed in committee).

HB 1275 — Bordeaux; establishes Commission of Truth and Reconciliation on past and present state and federal government policies toward Native Americans (failed in committee).

HR 7001 — Bordeaux; supports official inquiry into Medals of Honor given to U.S. soldiers for involvement in the Wounded Knee Massacre of 1890.

SB 112 — Sen. Troy Heinert, D-Mission; would transfer the Office of Indian Education from Department of Tribal Relations to the Department of Education.

SB 139 — Heinert; provides for the creation and funding of Oceti Sakowin community-based Lakota language and curricular schools (passed by committee).

SB 178 — Heinert; refers changing of name of Custer State Park to state Board of Geographic Names.