Many people who rent homes or apartments in South Dakota are hurting financially during the pandemic, causing large numbers of renters to ask for public assistance or charitable help to stave off eviction and maintain a stable residence.

More than twice as many South Dakotans have looked to taxpayers or charities to cover at least one month of rent in the first half of 2020 compared to all of 2019, and new surveys from the U.S. Census Bureau suggest the need for rent assistance will rise as the COVID-19 pandemic continues.

In the middle of July, the Census Bureau, which has been conducting weekly pulse surveys of U.S. households since April, estimated 30%, or about 42,000 of South Dakota’s roughly 139,000 renters had little or no confidence that they’d be able to make their August rent payment.

Meanwhile, the 211 Helpline Center has fielded more than 7,000 calls from people needing help making a rent or mortgage payment during the first seven months of the year, more than double the number of rent-assistance calls the organization saw in all of 2019.

Many of the calls have been from people who never thought they’d need help keeping a roof over their heads.

“It’s really humbling if you’ve never struggled making rent and then all of a sudden you’re struggling,” said Betsy Schuster, vice president of program development for the helpline center. “I do believe it’s all across the board.” 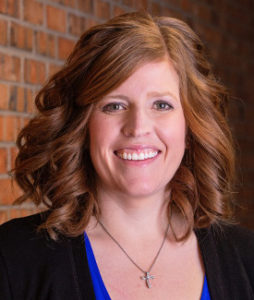 “It's really humbling if you've never struggled making rent and then all of a sudden you're struggling.” -- Betsy Schuster, 211 Helpline Center

The 211 Helpline Center acts as a hub for assistance programs of all types and has seen its call volume skyrocket since March, when the pandemic hit and many people lost their jobs or income streams. The center has fielded 43,100 calls for help, roughly two-thirds of the center’s normal yearly call volume, Schuster said.

Housing has long been one of the top needs for the people the Helpline Center works with, Schuster said. A long-term shortage of affordable housing has driven up the price of rent for many South Dakotans, while at the same time wages have largely stagnated. Prior to the pandemic, as many as 32% of South Dakotans were considered rent burdened by the U.S. Census Bureau, meaning they were paying 35% or more of their monthly income just to keep a roof over their heads.

Now, as federal pandemic relief programs have expired and big questions remain over the aid package President Donald Trump has tried to create through executive order, South Dakota may soon face a tidal wave of rent delinquency and potential evictions.

Using its weekly household pulse survey, the Census Bureau estimated that more than 30,000 of the state’s renters hadn’t made their July rent payment using their own money. Thousands of homeowners, too, were behind on mortgage payments with more 31,000 estimated to have missed their July payment. About 40% of South Dakota households have seen incomes drop during the pandemic, census data show.

So far, 2020 has not seen an avalanche of evictions. The months of April, May and June actually saw fewer, about 288, eviction petitions filed with the state’s court system than the same months in 2019, which saw 316 petitions filed, said Greg Sattizahn, state court administrator.

At least part of the reason eviction numbers have stayed low is thanks to South Dakota’s philanthropic community. Charity organizations across the state have scrambled to help people keep their homes, whether they rent or own. The Sioux Falls Area Community Foundation, for example, created the One Sioux Falls Fund with  $3.3 million specifically aimed at helping people avoid eviction due to pandemic-related financial stress.

By Aug. 12, the One Sioux Falls Fund had helped 3,300 individuals or families in Lincoln, Turner, McCook and Minnehaha counties stave off eviction, said Kelly Sprecher, communications manager for the foundation.

But charitable funding has limits. In many cases, Schuster said, each household is limited to two months of help or a maximum of $2,000. The pandemic has already caused financial upheaval for more than five months, and now, many in the housing sector are beginning to worry that a rash of evictions may be coming soon.

“There’s an assumption that charity will take care of it, that people can go to the mission and get back on their feet,” said Sarah Stout, a volunteer organizer with the West River Tenants United, a tenant advocacy group based in Rapid City. “There are programs that will help people, but there are lots of gaps in those programs.”

Landlords and property managers generally do not want to kick people out of their residences. Empty units, whether apartments or houses, don’t generate revenue for their owners and eviction is an expensive and emotional process.

“I think most landlords, as long as you communicate with them, want to work with the residents because they don’t want their tenants to leave,” said Amy Ibis, a property manager with Vantis Commercial in Sioux Falls. “It costs them more money to have a vacant apartment and to have to go through that eviction process, versus working with someone.”

In many cases, Ibis said, a property manager will help tenants who are struggling if the tenant gives them a heads up that they’ll be late with rent. Property managers can sometimes help their tenants find financial help, she said. 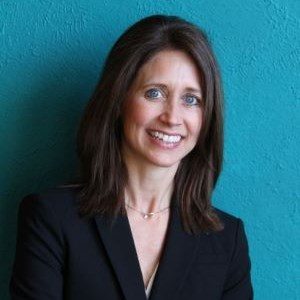 “We have programs in place, in South Dakota, that are there to help these tenants,” said Ibis, who also serves as chair of the South Dakota Multi-Housing Association board of directors. “And as long as they do go through the paperwork and get it done, they typically get the assistance that is needed.”

Dedicated rent-assistance charities, such as the One Sioux Falls Fund, have popped up across South Dakota since the COVID-19 pandemic began in March. Those groups have already helped thousands of renters stave off eviction. Many of the new funds added their services on top of public assistance programs already available in many areas from government agencies, which strengthened the safety net, said Schuster.

“Our communities across the state have just been phenomenal,” Schuster said. “I just encourage anyone that is struggling with rent to definitely give 211 a call. We can look at what’s in your area to see what is the normal standing resource to help with different payments, and then if there have been special programs that have been identified to help.”

Assistance from the Beadle County fund is solely dedicated to people who have lost their jobs or seen their incomes dry up due to the pandemic, said Rhonda Kludt, a member of the fund oversight committee. But before the fund will write a check for someone in need, that person needs to apply, their former employer will be asked if the job loss was due to COVID-19, and they must show that they are a renter.

“We’re very cognizant of making sure that the money goes where it is most needed,” Kludt said.

So far, the fund has paid rent for 62 of 160 applicants. Another 10 applications for assistance were still pending as of Aug. 11. Demand for assistance from the Beadle County fund also appeared to be increasing in early August, even as South Dakota’s economy continued to reopen, but also just after emergency federal unemployment benefits ran out, Kludt said.

“On August 10, we had eight or nine new applications come in, which is an incredibly large number for one day,” Kludt said. “I have to believe that it is a direct result of the loss of the extra unemployment money.”

No easy answers for renters

In Rapid City, the NWE Management Company is not aware of an increase in the number of tenants falling behind on rent.

“It’s surprising to me that things have gone so well for so long,” said Todd Hollan, a property manager with NWE, which has about 1,200 apartments.

Several of NWE’s tenants have contacted their property managers over the last several months to report that they were going to have trouble making their payments. But early on during the pandemic, NWE made the decision to stop charging late fees, provided a payment was made within a month of when it was first due.

“We needed to give tenants opportunities to do what they can do the best way they can do it to stay current,” Hollan said.

Simply stopping collection of all rent for all tenants, though, was and remains out of the question, he said. Some of the buildings NWE manages are mortgaged and all of them need maintenance — both routine and in emergencies. NWE needs continuing rent payments to cover those costs, and in some cases, the bank that loaned money to buy or build the apartments gets involved in decisions about rent collection.

“The first response in your mind and in your heart is, ‘Yeah, absolutely we understand what’s going on, we get it. We’ll let you pay what you can,’” Hollan said. “Unfortunately, that just isn’t as easily done as it is said.” 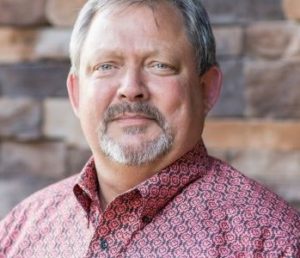 “The first response in your mind and in your heart is, ‘Yeah, absolutely we understand what's going on, we get it. We'll let you pay what you can. Unfortunately, that just isn't as easily done as it is said.” -- Todd Hollan, Rapid City property manager

Tenant rights advocates, though, say a blanket eviction moratorium is necessary during the pandemic because even though eviction rates haven’t increased, people are still being kicked out of their homes even as a deadly virus spreads throughout their communities and affordable housing remains in short supply.

“It’s not an overwhelming number. It’s usually a handful of people a week, but that’s still significant,” Stout said.

In Minnesota, landlords have been banned from evicting tenants for non-payment of rent during the pandemic. Experts in that state estimate that as many as 5,800 evictions have been prevented by the moratorium. The Minnesota eviction moratorium does allow landlords to evict tenants if they endanger other residents or if they cause lots of property damage.

A similar statewide eviction moratorium was never on the table in South Dakota. Gov. Kristi Noem instead emphasized the use of financial assistance both for landlords and tenants. In Sioux Falls, the Sioux Falls Tenants Rights Union petitioned the City Council to create a local eviction moratorium in May. The petition was rejected.

While it wouldn’t solve all of the problems, an eviction moratorium could give tenants a leg up in conflicts with landlords, Stout said, and could go a long way toward making life less stressful for people who are struggling with unemployment or loss of income due to the pandemic.

As COVID-19 cases rise, experts question effectiveness of contact tracing in S.D. and across the U.S.