Gov. Kristi Noem wants to spend $100 million to boost child care offerings across the state, but experts say it will take more than a one-time government investment to expand access to quality daycare for working parents in South Dakota.

South Dakota is facing a child care crisis in which working parents have few options for placing their children during the workday. At the same time, child care has become increasingly expensive and is out of reach for some parents.

The lack of reliable child care is forcing some parents to leave the workforce, exacerbating a worker shortage in the state and potentially slowing economic development and job growth.

Noem’s budget proposal, which would require legislative approval, includes $100 million in one-time federal funds to encourage employers to open daycare centers for their employees and for scholarships to help students train in child care fields. Department of Social Services Secretary Laurie Gill said $60 million of the governor’s proposed funding would initially go toward “stabilization grants” to aid existing daycare providers when they apply for state registration.

Rebecca Wimmer, formerly CEO of the Boys & Girls Club of the Sioux Empire, said daycare providers are grateful for the governor’s spending proposal, but said fixing the broken child care system in the long term will require financial support as well as creative thinking and new partnerships among government, community groups, employers and daycare providers.

Wimmer, who will soon take a child development position within the Sioux Falls school system,  spoke as part of an online panel discussion hosted by South Dakota News Watch on Dec. 16 in which four daycare experts from around the state examined the child care crisis and offered potential solutions.

Overall in South Dakota, there are about 73,000 children under age six, but only an estimated 34,500 child care slots, according to a recent analysis by South Dakota Kids Count, a nonprofit data research group.

The child care shortage is particularly challenging for families in South Dakota, where almost 75% of children under age six have both parents working. The reduced daycare access and increasing prices come as the state is facing a workforce shortage, both inside the child care industry and among many other employers. 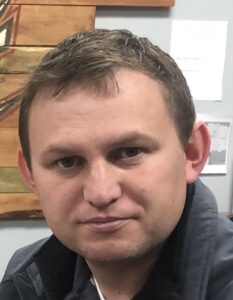 Merkouris suggested that employers, most whom have resisted opening internal child care centers for employees, should try to find ways to create a child care benefit similar to health or dental insurance for workers.

“Employers at the end of the day are going to get creative in doing what they have to do to recruit talent,” he said. “They’re going to have to find some unique ways to potentially provide a child care benefit.”

Merkouris also suggested that the state may want to revise some elements of the ongoing child care assistance program in order to provide more daycare access for single parents, among others.

Merkouris said South Dakota elected officials must accept that government programs play a critical role in providing child care to low- to moderate-income families and likely will need to be expanded to end the crisis. Merkouris said that failing to provide good-quality child care can make children less prepared for kindergarten, which can slow their entire educational progress into adulthood.

“The reality is that the public is already involved in this space in South Dakota,” he said. “There is a financial outcome if government is not involved … sometimes fiscal responsibility actually is providing a program that allows that child to become a contributor in the years ahead, rather than paying for that on the back end.”

Pigeon Big Crow, who runs the child care program for the Oglala Sioux Tribe on Pine Ridge, said reservation communities are continually seeking ways to expand access to child care and improve the quality of early education for children.

Big Crow said tribal governments continue to have a great need for federal child care assistance and funding of daycare programs, but said future child care expansion would benefit from private investment on reservations as well. Right now, however, a lack of available buildings is deterring such investment, she said. 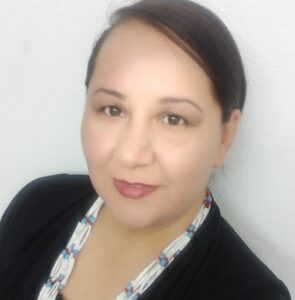 “Someone would have to have the capital to come in and construct here, because right now there’s not enough facilities in this area,” she said. “I’m sure a lot of our rural areas in our state might have the same issue.”

The governor’s proposal to encourage more students to consider child care as a career choice is a long shot right now, with daycare workers underpaid compared with employees in much easier jobs in the workforce, said Rachel Talich, an in-home daycare provider in Murdo.

Financial support from government or industry will also be needed to encourage development of new daycare options in small towns or rural communities, Talich said. When she considered opening a child care center in Murdo, Talich said the only building available would have cost $200,000 to buy and renovate. Talich also said one-time funding may help the industry now but is unlikely to improve daycare access in the long run.

“If we shove a bunch of money at something, does it serve us long term?” she said. “It fixes the problem now but what do you do in 10 years and the center can’t stay open because they don’t have the funds? That’s a discussion that also needs to be had.”

Talich also said that the paperwork involved in running a state-licensed child care operation is unwieldy and that the approval and inspection process could be streamlined.

Merkouris added that the state should take steps to encourage development of more in-home daycare providers that are often less expensive than center-based care.

“We need to make sure we’re providing regulation and functional government oversight that works for both settings,” he said.

Wimmer suggested that the K-12 public school system could also play a larger role in finding creative ways to expand after-school child care offerings for working parents. She said a major goal is to make child care accessible to families of all income levels, not just those who can afford center-based care at market rates.

“Dreaming together as a community on how we can make things better is the first step to finding a solution,” she said.

How to watch the child care panel discussion