Civic centers and arenas across South Dakota suffered significant financial losses during the COVID-19 pandemic but are seeing indicators of the potential for a return to profitability.

Auditoriums sat empty for a few months or more in the early days of the pandemic in early 2020, and bookings remained slow and event attendance was down through the rest of the year and into 2021.

Event cancellations or lost new business resulted from a desire by arena operators to be safe and by hesitancy of groups to gather indoors during the pandemic.

Operators had to reimburse thousands of dollars in pre-paid rents, lost money due to a drop in new business and saw unexpected expenses to provide social distancing and personal protective equipment.

Empty auditoriums led to employee furloughs or staff reductions at larger event centers in Sioux Falls to Rapid City and at smaller arenas in Aberdeen, Mitchell and Huron.

David Eckert, supervisor of the Aberdeen Recreation and Cultural Center, was told: “You probably should be prepared for up to a 20 percent budget cut.”

The ARCC, as it is known in Aberdeen, is a multifaceted facility similar to the Washington Pavilion in Sioux Falls. It caters to some larger events, such as concerts and circuses, but it also serves local arts, sports, weddings.

The ARCC hosts 1,500 events of various sizes throughout the year, and in March 2020, dozens of scheduled events were crossed off the center booking calendar.

The facility refunded about $150,000 to groups that cancelled, Eckert said. The pandemic also brought new expenses, including $20,000 spent last year on masks and other COVID-19 prevention.

Immediately after COVID-19 led to shut downs, the ARCC laid off roughly 40 part-time staff. When it reopened in June 2020, it tried to refill those positions, but that proved difficult. Some workers stayed away due to concerns about their personal safety, while others were doing well on enhanced unemployment checks.

The event industry was hit harder by COVID-19 outside of South Dakota, which did not have strict shutdowns in place and had advertised that the state was open to visitors.

Some South Dakota event centers reopened in June 2020, enabling directors to creatively muddle through to keep revenues from tanking.

Attendance and income is down across the board, but directors avoided the worst, and optimism has returned as promoters begin to consider possible event dates amid the rollout of COVID-19 vaccines.

Flexibility has been the focus at Rushmore Plaza, which accommodates whatever safety protocols the event organizers request. said Priscilla Dominguez, director of corporate sales and marketing in Rapid City.

Civic center directors cautiously hope for a new normal to emerge by this fall or early 2022. Heavy turnout for some recent events, like the Black Hills Stock Show & Rodeo at the Rushmore Plaza Civic Center in Rapid City in February, demonstrates that people are eager for social gatherings. The 2021 stock show saw its best attendance in five years.

The situation is similar at the Denny Sanford Premier Center in Sioux Falls.

In February, attendance at the annual wiener-dog ice races, a promotion for a local hockey team, brought in 6,000 visitors, up 50% from the typical 4,000, said Mike Krewson, general manager. Attendance at recent gun and home shows also equaled or exceeded those of prior years.

“It’s all cause for hope and looking on the bright side,” Krewson said.

South Dakota’s smaller cities tend to operate their civic centers directly, potentially exposing taxpayers to financial downturns. Centers in Aberdeen, Mitchell and Huron exist to serve and enhance the community, the directors said. Subsidies are expected, but so far this year required no heroic taxpayer contributions. Federal assistance helped in some cases.

In Mitchell, the city government operates the Corn Palace mostly as a draw for tourists. Events largely pay for arena staffing, but the city pays for utilities and building improvements. After COVID-19 hit, the city purchased an infrared air purification system to kill floating viruses at the palace.

Mitchell also fared better than expected. Visitors coming to Mitchell were down 27% for 2020, said Doug Greenway, Corn Palace director, but tourism revenue fell by only 15%.

“There were fewer people, but they spent more,” he said.

Mitchell did not furlough its Corn Palace employees, but it shifted workers around. Regular Corn Palace staff were reassigned to tying straw and crafting other decorations to adorn the building exterior. Normally, the city hires 10 to 12 students to do that work over the summer, but this year they were not hired, Greenway said.

The Crossroads Hotel & Huron Event Center is also operated directly by the city. It never fully locked down, but it cut capacity to keep people six feet apart, said Brenda Jager, director of sales and catering. The center has two ballrooms and several meeting rooms, with the largest accommodating 750 people. Conventions, meetings and weddings became cancelled or were postponed.

“The drop in attendance was huge,” Jager said. “We used to have meetings every day,” she said. “Some weeks (this year) we didn’t have anything.”

The center has few direct employees and provides catering through a contractor.

In Rapid City, the Rushmore Plaza Civic Center operates as an entirely separate entity from city government, answering to its own board of directors. The center is dependent on income generated through events with some support provided through a local bed, board and booze tax. COVID-19 also curtailed that revenue stream as people stayed home.

In March 2020, as cancellation calls clogged the civic center phone lines, furloughs were imposed on all 40 civic center employees. The furloughs ranged in duration from four weeks to two months, with the longest reserved for those who could be made whole through emergency federal assistance, Dominguez said.

In Sioux Falls, Premier Center departments were reorganized, and a couple of people were laid off, Krewson said. Remaining staff were kept busy with projects and maintenance, such as painting walls, redecorating, sealing ice rinks and replacing chillers.

Other states have been slower to see convention and arena business return, Krewson said.

“For our national peers, it’s still bad,” said Krewson. “A lot of buildings in the network are still closed. I’ve been open and doing business almost that entire time.”

Restrictions in other states did affect some South Dakota events. Promoters from other states, Krewson said, would tell him: “I can’t leave my state. How can I do an event there?”

Directors also found creative ways to limit the danger of virus exposure during events. At the ARCC in Aberdeen, a large dance program typically comprises three recitals lasting more than two hours, leading to congestion in hallways and bathrooms during intermission. This year, instead of three long recitals, there were six shorter ones with no intermissions.

Some changes may endure beyond the pandemic.

In Sioux Falls, the Premier Center implemented cashless concessions, selling everything through credit cards. The industry was already moving in that direction, Krewson said, and it’s likely to remain that way when normalcy returns. It’s more efficient.

Virtual ticketing might also endure. Eliminating paper tickets removes a touch point, but it also reduces the chance for fraud.

Predictions of when things will return to normal at state civic centers range from this summer to next year, but they’re based as much on hope as expectation. However, things are picking up.

“People are just starting to get back into in-person meetings,” said Jager of the Huron Event Center. Things began to turn as inoculations rolled out in January. A few summer weddings have already booked spaces.

“It’s looking hopeful for us that we’ll be able to offer larger activities starting this summer,” Eckert said.

In Mitchell, Greenway recently booked the Hairball concert, always a big draw there, for November of 2021. “They expect people will be vaccinated,” he said.

Country music star Kenny Chesney is pushing off his stadium tour until next year.

About 75 percent capacity must be reached for a concert to become profitable, Krewson said.

“Fifty percent capacity is not going to make anybody any money.”

In Sioux Falls, the recent State A high school basketball tournament drew about 90 percent of normal attendance, Krewson said, but it helped that Sioux Falls Christian won the title.

In Rapid City, the Rushmore Plaza is at 80 percent of normal.

“We’re not hosting all the same events,” Dominguez said, “but we’re hosting a lot more of them.” 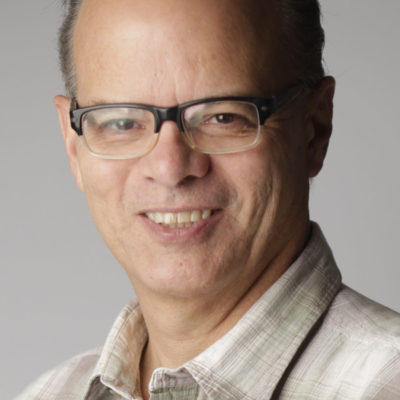 Mark Andersen of Rapid City, a freelance correspondent for South Dakota News Watch, is a graduate of the University of South Dakota and veteran news reporter who has worked at the Lincoln Journal Star and at the Rapid City Journal.