South Dakotans bought far more alcohol and tobacco than usual during the COVID-19 pandemic, and some healthcare professionals are concerned that residents who consumed more of the unhealthy products could suffer long-term physical and mental health consequences.

Health experts say the pandemic brought on social isolation, job loss, grief and ongoing anxiety about the future, all factors that likely contributed to heightened use of alcohol and tobacco.

In South Dakota, gross sales in liquor stores increased by about 21% from 2019 to 2020, from roughly $96 million in 2019 to about $117 million in 2020, according to state Department of Revenue data. The rise in alcohol sales during the pandemic came after alcohol tax collections had fallen by 9% in the year prior to the arrival of COVID-19.

Retail sales data for alcohol are highly relevant in terms of understanding alcohol consumption in the pandemic era since many bars and restaurants were closed or saw significantly slower sales in the early stages of the pandemic. The sales figures include all items sold at liquor stores and smoke shops, which could include non-alcoholic or tobacco-free products.

The higher alcohol sales have already resulted in a greater need for addiction services in South Dakota.

“With the effect of social isolation over time, I think that alcohol became a substitute for socializing and now it’s kind of a dangerous substitute,” Stanley said.

For those with an existing addiction issue, the pandemic led to a halt of most in-person support groups and counseling sessions, making the ongoing recovery process tougher and relapses more likely. Prevention experts say that rural residents, Native Americans and youths in South Dakota may have seen the greatest increases in alcohol use over the past year or more.

The state is part of a national trend in rising alcohol and tobacco sales. Across the nation, total alcohol sales outside of bars and restaurants increased by about 24% during the pandemic, according to Nielsen National Consumer Panel market data. Sales of spirits with higher alcohol contents rose even more, by about 27% over the previous year. Tobacco sales showed a 13% increase during the early months of the pandemic.

The sales spike has continued into 2021. Nielsen data show retail sales of spirits, wine and beer were roughly 20% to 30% higher in March 2021 compared to March 2019. The research firm predicts that those trends will “flatten” as 2022 approaches.

State and tribal sales tax revenues from other tobacco products in South Dakota also rose by more than 8% from fiscal 2019 to 2020, from about $9.7 million to $10.5 million, one of the largest percent jumps of any business tax category for the year.

Although increased drinking during times of stress is not automatically indicative of an alcohol-use disorder, some healthcare professionals worry that higher alcohol consumption and the prolonged stress during the pandemic could put residents at risk of long-term physical and mental health consequences.

While tele-health has expanded quickly in many areas of the state, some rural or older residents do not have reliable internet access or resources to learn about and participate in treatment or other alternatives that could have helped them during the pandemic.

“The older generation isn’t too familiar with how to do Zoom and how to reach out to tele-health medicine,” Knife said. “People were going back to old-school coping ways. Smoking cigarettes, drinking alcohol, taking illegal substances. Those increases have been huge during the pandemic.” 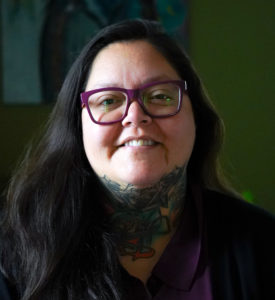 Alcohol use and abuse among youth in South Dakota was also a growing concern during the pandemic, though specific survey data is not yet available.

The Avera addiction center in Sioux Falls, the only provider for at-risk youth in a 250-mile radius, has seen more youth coming to the facility for help, Stanley said.

Avera plans to complete a $28 million expansion of the Avera Behavioral Health Center in Sioux Falls in spring 2022. The four-story wing will add capacity to serve more children, adolescents and at-risk adults and provide more residential addiction care for youth.

“Substance use doesn’t respect the above-18 age line,” Stanley said. “Our kids are reeling.”

This is the first time Avera will offer partial hospitalization to youth, according to the hospital system, allowing youth patients to spend part of their day in school and “part of their day making progress on their behavioral health condition to help improve their overall quality of life.”

Among American youths, alcohol is the most widely used harmful substance, according to surveys. About 25% of youths aged 14 and 15 reported having at least one drink in the past month, and 11% of teenagers say they binge drink, according to the National Survey on Drug Use and Health.

In South Dakota, the 2019 Youth Risk Behavior Survey showed that 26% of youths 14-15 had a drink in the past 30 days and that about 15% of youths had experienced binge drinking in the past month. Research has shown that youth alcohol use is also a strong predictor of substance use disorders in later life.

Native American youths on reservations have a greater propensity for alcohol use than their white peers, with alcohol use up to 3.4 times more likely among Native youth, according to the Journal of the American Medical Association.

“The long-term effects of that substance use is that use just keeps increasing,” Knife said. “It starts out minimal, but ultimately leads to the death of more of our people.”

Stanley said that while the increase in consumption is concerning, the fact more people are talking about addiction and treatment can be beneficial to reducing stigma around substance addiction.

“If there’s an upside to this, it’s the conversations we’re having today. Awareness, acknowledging the vast numbers of alcohol use, there’s a growing social consciousness around behavioral health. The pandemic pushed this conversation forward dramatically,” he said. “That could do a lot of good for us. It has always been a problem, but we can come out the other end to help.”

If you or someone you know needs help with addiction or mental-health issues, here are some resources that can provide help.