S.D. lawmakers off to slow start in regulating legal weed, but industry ramping up

Entrepreneurs across South Dakota are already taking steps to claim a share of the state’s soon-to-be-legal marijuana market, but legislators and regulators are off to a slow start in crafting laws and rules to govern the controversial new industry.

The sale, possession and use of recreational and medicinal marijuana are set to become legal in South Dakota for the first time on July 1. But when the 2021 South Dakota legislative session started on Jan. 12, only one bill regarding marijuana had been filed.

A group of 15 Republican lawmakers have formed what they call a “Cannabis Caucus” to address marijuana issues this session. But leaders in both the Republican and Democratic parties say discussions on preparing for legalization and regulation of the business of marijuana sales, possession and use — one of the top matters facing the 2021 Legislature — have barely begun.

One high-ranking Senate leader said enacting a regulatory framework for legal marijuana will probably require more than one session of work and will likely spill into the 2022 session or require a special session to complete.

“Not everything will be done at the end of this session,” said Senate Majority Leader Gary Cammack, R-Union Center. “I know there has been talk about the need for a special session.”

“Not everything will be done at the end of this session; I know there has been talk about the need for a special session.” -- Senate Majority Leader Gary Cammack

Marijuana entrepreneurs, however, are not waiting for the Legislature to act. Many have been working for months to get businesses ready for the July 1 legalization date. The South Dakota Secretary of State’s Office handled 907 more new business filings during the last three months of 2020 than it had during the same period of 2019, many of them related to legal weed.

Exactly how many new business filings are related to marijuana is unknown, as the Secretary of State’s Office does not require new businesses to indicate a purpose or sales plan, said Jason Luntz, deputy secretary of state.

But as of Jan. 11, a search of public business filings on the Secretary of State’s website found more than 40 businesses with the words “cannabis,” “marijuana,” “pot” or “dispensary” in their names. Most of those businesses organized as Limited Liability Companies or registered their business names after voters approved marijuana legalization on Nov. 3, 2020.

“I think South Dakota has a great opportunity here … but there are some really key things that need to be done before July,” Jeffries said. 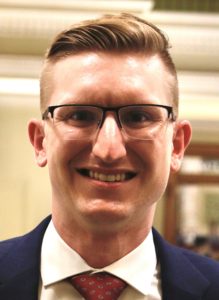 If lawmakers and state regulators do not have the framework of a commercial market in place before marijuana becomes legal on July 1, anyone who wants to use cannabis after that date would be pushed to buy from the black market, which could expand and compete with legal, tax-paying retailers, Jeffries said.

A few legislators have been considering marijuana regulation in the early days of the 2021 session. Rep. Mike Derby, R-Rapid City, is playing a lead role in forming what he calls the “Cannabis Caucus.” Derby said the group’s goal is mostly to share information and help educate other lawmakers as opposed to offering legislation or coordinating votes. Members plan to meet for the first time on Jan. 21 to review bill drafts, Derby said.

One of the big issues Derby plans to work on is providing clarity for local governments. Dozens of marijuana businesses are already preparing to begin commercial marijuana growing operations or are preparing to open retail sales outlets in South Dakota. Municipal governments will need guidance on how to safely zone for often large, indoor marijuana farms needed to supply wholesale and retail outlets, Derby said. 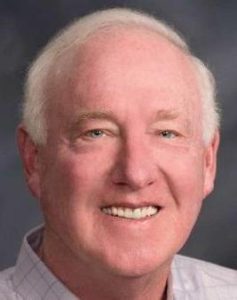 “At the end of the day, we want to respect the will of the people,” Derby said. “We have an opportunity to look at what other states have passed, learn from their best practices, learn from their mistakes and maybe create a better process.”

Rep. Mary Fitzgerald, R-St. Onge, has called for legislation that would make using marijuana in a vehicle and driving while high illegal after marijuana legalization takes effect. As of Jan. 13, Fitzgerald had not filed any legislation regarding marijuana use.

The only bill regarding marijuana legalization that had been filed by Jan. 13 came from the Department of Revenue. Senate Bill 35 asks the Legislature to give the department $4 million to cover the costs of regulating the marijuana industry until tax revenue starts coming in. The bill also asks lawmakers to give the state Department of Health about $135,000 to help cover the cost of regulating medical marijuana.

Any recreational marijuana bills that legislators pass could be negated by a lawsuit seeking to declare the recreational marijuana vote result as unconstitutional. Backed by Gov. Kristi Noem, the lawsuit was filed by Highway Patrol Superintendent Rick Miller and Pennington County Sheriff Kevin Thom, who argue that the constitutional amendment passed by voters, known as Amendment A, should not have been on the Nov. 3 ballot and is unconstitutional because it was too broad.

A hearing in the case is scheduled for Jan. 27 in Hughes County circuit court, but no trial date has been set. The circuit court’s final ruling and any subsequent appeals to the state Supreme Court likely won’t be settled until well after the 2021 legislative session ends.

Ian Fury, a spokesman for Gov. Noem, said the governor is in discussion with lawmakers about marijuana legalization but has not engaged in filing or pushing any specific legislation so far. “Many legislators have an interest in this topic and we want to give them the opportunity to convey their thoughts and ideas on behalf of their constituents,” Fury wrote in an email to News Watch.

Some lawmakers question whether the Legislature should be involved in regulating recreational marijuana at all.

“My interpretation of Amendment A is that it doesn’t allow the Legislature to do anything,” said Sen. Arthur Rusch, R-Vermillion, vice-chair of the Senate Judiciary Committee.

Amendment A did not provide a regulatory framework for the industrial production or commercial sale of large amounts of cannabis. Instead, the amendment requires the state Department of Revenue to devise licensing and regulatory mechanisms that allow for the sale of recreational marijuana by April 1, 2022. Rusch said he believes Amendment A gave full authority over recreational marijuana regulation to the Department of Revenue.

“That’s one of the reasons I believe (Amendment A) is unconstitutional,” Rusch said.

Still, legislative leaders in both the Republican and Democratic parties acknowledged that a clear majority of South Dakota voters wanted to see marijuana legalized and that the Legislature is obligated to implement legalization measures.

“Our feet are set in concrete. Until the courts rule or voters overturn it in another election, it is our job to move forward with legalization,” Cammack said.

Questions swirl around who qualifies next to get COVID-19 vaccine in S.D.