I readily admit I’m biased when it comes to South Dakota News Watch, the nonprofit organization that launched in early 2018 to provide in-depth coverage of topics of importance to the state. I know the people who birthed this organization.

Former Sioux Falls Argus Leader publisher Randell Beck and former Argus Leader editor Jack Marsh, who established South Dakota News Watch, are not only my colleagues; they’re my friends and I’ve respected and appreciated them for many years.

The same holds true for the initial team — two former daily editors — Bart Pfankuch of the Rapid City Journal and Maricarrol Kueter of the Argus Leader, seasoned journalists whose reputations for solid reporting has been inspiring.

I know most of the nine members who serve as the governing board well, so I’ve got a deep and broad personal connection with South Dakota News Watch.

But that’s not why I believe and support this organization. Investigative, in-depth, long-form reporting is critical to how we function as a free and open society. And the changing dynamic of news media in the last two decades has curtailed much of that important work.

Daily newspapers, in particular, have seen dramatic cuts in staff and the revenue to support in-depth reporting. But the need for and interest in comprehensive reporting on complex topics remained.

That’s what prompted Randell Beck and Jack Marsh to do something and they, in turn, prompted others to catch hold of their vision and turn it into reality.

“We’re not here to push aside or replace what local media are doing,” Randell said when South Dakota News Watch was announced two years ago. “In our complicated world, stories need to get deeper, farther and better to capture all the nuances.”

He added that South Dakota News Watch is not a group of “angry former journalists.”

The nonprofit organization is modeled after nonprofit news groups such as ProPublica, which rely on voluntary donations and grants from individuals, organizations and foundations to provide independent news coverage and support other outlets in their work. Indeed, South Dakota News Watch freely shares all its stories with newspapers, television and radio stations.

Why does this matter? Here’s just one concrete example. In June of last year, a South Dakota News Watch investigation showed that over a period of years, numerous residents of Aurora Plains Academy, one of eight residential youth treatment centers in South Dakota, had been physically, mentally and sexually abused or tormented by employees of the academy.

That report, coincidently, came four months after a 9-year-old girl walked away from the Black Hills Children’s Home, another private youth home in Rockerville, and has never been found.

Shortly after the News Watch articles were published, South Dakota Gov. Kristi Noem said in a statement, “As a mom, it deeply saddens me to read the stories of these kids. Regardless of whether a situation happened 10 years, 10 months or 10 days ago, abuse is never OK. I hope we can learn and take corrective action where it is needed to protect our most vulnerable population.”

Noem was true to her word. In December, a 48-page report by Department of Social Services Secretary Laurie Gill included 10 recommendations intended to improve the safety of children and youths in the state’s treatment system.
“I’ve tasked my Department of Social Services with improving the well-being of kids and youth placed in treatment facilities across the state. In the 2020 [legislative] session, I will bring legislation that prioritizes the safety of at-risk kids,” Noem said.

It’s very unlikely that would have happened without Bart Pfankuch’s reporting and the distribution of his story through South Dakota News Watch.

That’s one story. Since its first story in early February 2018 (on the December 2017 Legion Lake Fire in Custer County), South Dakota News Watch has reported on scores of stories from A to Z. Literally. Check out the accompanying list below. Then check the stories out for yourself. I think you’ll enjoy them. I know we need them. 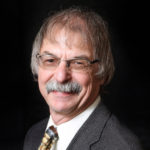 This column was originally published in the Jan. 9, 2020, edition of the Freeman (S.D.) Courier. Tim L. Waltner was publisher of the Courier from 1984 to 2016 and remains on staff as a contributing writer.