Greetings to all members of the South Dakota News Watch First Amendment Society. Here is a brief look at what the News Watch content team has been up to and a deeper look at how a statewide poll comes together.

The News Watch content team published several articles in July and August that not only covered important news but also drove forward critical conversations in our state.

Stu’s article on dueling Medicaid expansion ballot measures led one group to withdraw its proposal after reading about potential voter confusion highlighted by News Watch. Stu also provided the public with important information on the new, highly contagious BA.5 variant of COVID-19. Bart produced a two-part package on how fraud and weak government oversight are eroding the integrity of the rapidly expanding organic food market in South Dakota and across the country. That package featured strong photography and videography from the fields of an organic farm near Madison. Bart also examined how — and why — church attendance and affiliation are falling fast in the state. Intern Kylie focused on pocketbook issues during the summer, revealing how inflation was hurting low-income residents the most and how rising diesel prices were putting particular hardship on farmers and truckers.

Content staffers Bart and Stu utilized the strong reporting over the past two months to make appearances on South Dakota Public Broadcasting, and Stu also appeared remotely on KOTA TV in Rapid City.

The content team is staying busy to bring readers important coverage in the coming fall months. Kylie is working on her final story about the “brand drain” in which recent college graduations are fleeing South Dakota for what they perceive to be greener, more accepting pastures. In late August, the team was rolling out coverage of the most recent South Dakota Matters poll, commissioned by News Watch in conjunction with the Chiesman Center for Democracy at USD. News Watch poll questions focused on abortion, marijuana legislation and gun control. The team also has access to questions posed by USD, including an in-depth examination of the decline of civility in society in South Dakota.

Other ideas are still taking shape, but Bart plans to provide in-depth reporting on the massive expansion of agricultural processing facilities in South Dakota, including the proposed park plant in Sioux Falls and a beef plant proposed for Rapid City. Stu is also exploring a piece on the aspirations of Gov. Kristi Noem, which will be a challenging, but potentially fruitful endeavor.

Pulling back the curtain on a poll

In late July, News Watch and USD commissioned our third statewide poll on hot topics across the state. Here’s a brief look at how that time-consuming, but highly valuable process works: 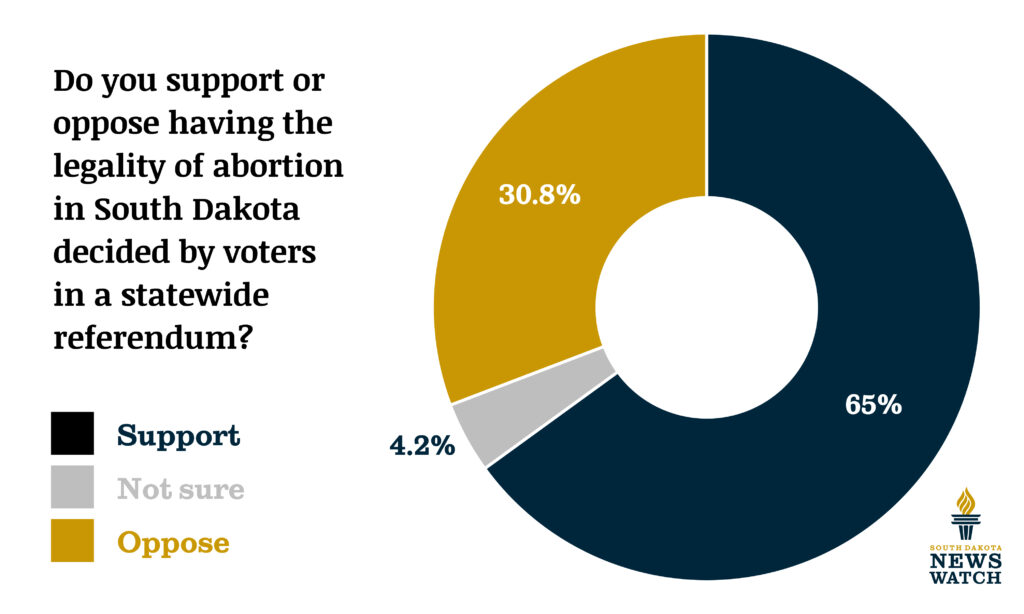 Feel free to reach out

Members of the News Watch content team pride ourselves on our availability and responsiveness to readers, including our valued First Amendment Society members. You should all feel free to write to myself or Stu Whitney at anytime with comments, suggestions or story ideas. We can be reached at Bart.Pfankuch@SDNewsWatch.org and Stu.Whitney@SDNewsWatch.org.

From our team to you…have a fruitful and fun fall season and keep watching for more strong journalism to come.